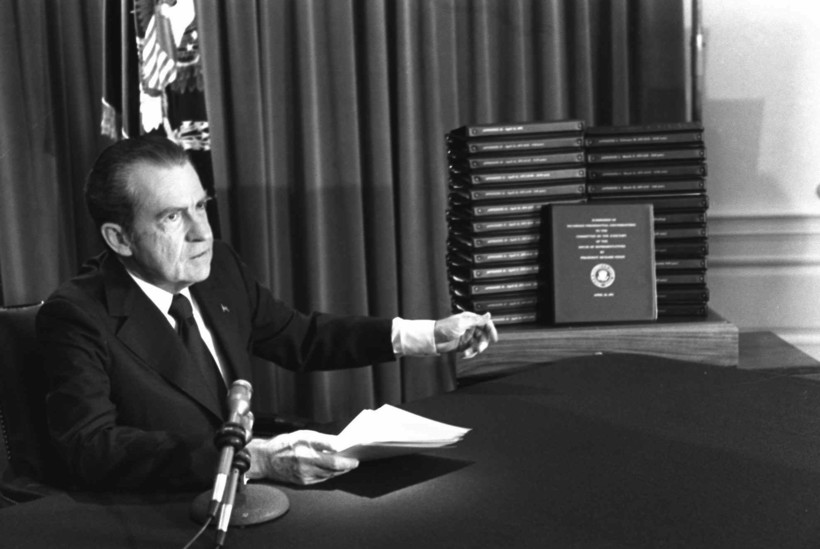 President Nixon gestures toward transcripts of White House tapes after announcing he would turn them over to House impeachment investigators and make them public in April of 1974. AP Photo

Students Learn History Through Lens Of Parents In UW Class

UW-Madison History Class Has Students Surveying Guardians, Others Who Grew Up During '70s, '80s
By Elizabeth Dohms-Harter
Share:

Professor Jennifer Ratner-Rosenhagen has figured out a way to bring the past to life.

A professor of history at the University of Wisconsin-Madison, Ratner-Rosenhagen asks her students to learn the political and cultural significance of the 1970s and '80s through the lenses of their parents.

In a class called, "The History of Your Parents' Generation," Ratner-Rosenhagen captures the history of the two decades by having students interview their guardians or others who were born in the 1960s, and coming to age during the '70s and '80s. The students follow a survey of questions from Ratner-Rosenhagen that ask what their first political memories were, what conversations at the dinner table were like and what world events they remember.

"That alone is a treasure trove," Ratner-Rosenhagen said of the responses the students glean from the interviews.

The goal is for the students to first understand how political and social movements during the time helped shape their parents, but also understand their parents are historical subjects, too, impacting history itself.

"They were shaping that history, they were acting back on that history," she said. "They were the ones wearing the bell-bottoms or going to the marches or listening to Bruce Springsteen."

Ratner-Rosenhagen said after the students have conducted the initial interviews with their parents, guardians or someone else in the same age group, they spend the bulk of the class learning about the social, political and intellectual history of the decades.

Near the end of the course, the students — with a more developed historical understanding — return to their interviewees and ask more informed, detailed questions.

"The end interviews that are then turned into papers are some of the most powerful things that I have read as a professor, because those students are now informed," she said. "They can ask very pointed questions about their parents."

The class even helped mend a relationship at the time, Ratner-Rosenhagen said, pointing to a case of a student who interviewed his dad, whom he hadn't talked to for 10 years. In another case, a student found out he had a half-sibling.

One story that sticks with Ratner-Rosenhagen is of a student who learned her mother was on the front lines in Boston in the 1980s at a clinic where the AIDS crisis was unraveling.

"There's a dimensionality to the class that I think is very powerful," she said.

Ratner-Rosenhagen said her initial plan was to have the students conduct a history of their own generation, but realized that would be tough to review from a larger angle.

"I just did the next things logical to me," she said. "Go a generation earlier."

Ratner-Rosenhagen said the demography isn't always perfect, but she's trying to capture parents who were born in the 1960s. There's plenty of leeway in the course material to pair with the memories of those born as early as 1955 or even as late as 1976, she said.

"The course is catching them somewhere in their young childhood, their adolescence, their early adulthood," she said.