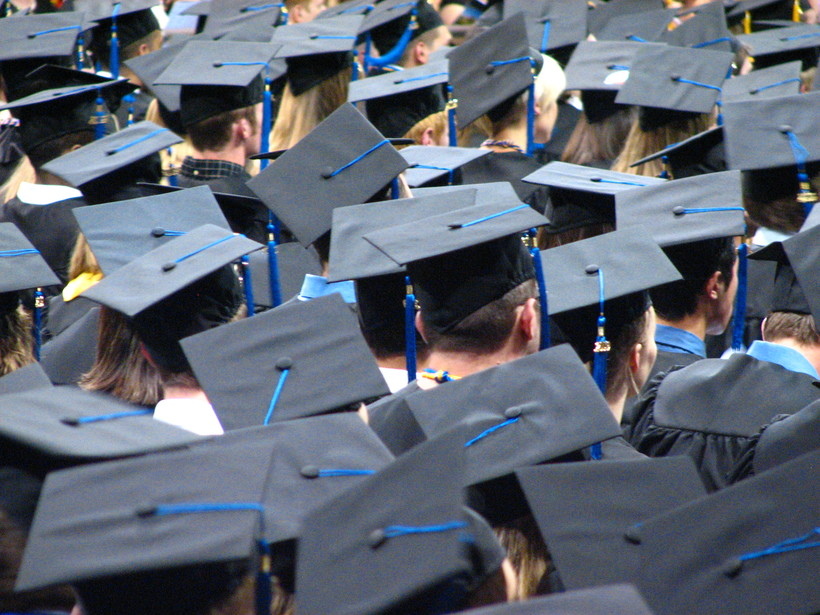 College costs and student debt are much-talked-about issues in this year’s election cycle. Costs have soared and public investment into universities has declined over the years.

In Wisconsin, Gov. Scott Walker announced plans this week to extend the University of Wisconsin System tuition freeze in the next two-year state budget. And both presidential candidates have made tuition costs and student debt platform issues in their campaigns, but a new investigation reveals that many are profiting from the student debt crisis.

"Today, just about everyone involved in the student loan industry makes money off students – the banks, private investors, even the federal government," said James B. Steele in his report, "Who Got Rich Off The Student Debt Crisis?" on the public radio program Reveal from the Center For Investigative Reporting.

Steele said Sallie Mae, student loan company, originally started as a quasi-government agency overseen by the U.S. Department of Education to provide loans, grants and scholarships to help all students gain access to a quality education.

"It wasn’t until the 1980s that the Department of Education began to contract out the process of servicing the loans and collecting the loans if somebody fell behind, and that’s where some of the problems began," he said.

The problems accelerated in the late 1990s when Sallie Mae was privatized, with the private contracts geared towards "squeezing as much money out of someone as they can," Steele said.

Additionally, states have reduced funding for their universities. Last year, Wisconsin's state budget cut $250 million from the UW System, leaving a direct impact on the cost of education, he said.

These trends have left many students looking for other alternatives to cover the cost of school.

Take Saul Newton of suburban Milwaukee who dropped out of UW–Stevens Point after only two years because of mounting debt and joined the U.S. Army. Newton said he hoped to go back to school under the GI Bill, but has found himself fighting in Afghanistan instead.