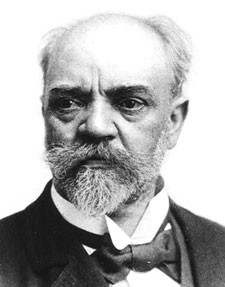 How the motif was born can best be explained as a blend of folklore, legend and interpretation due to a chance meeting with Harry T. Burleigh, an African American voice student who by most accounts, introduced Dvořák to the genre of Afrocentric sacred music in the United States.  To Learn more about composer Antonin Dvořák, visit "The Odyssey Series" on the Higher Ground page.