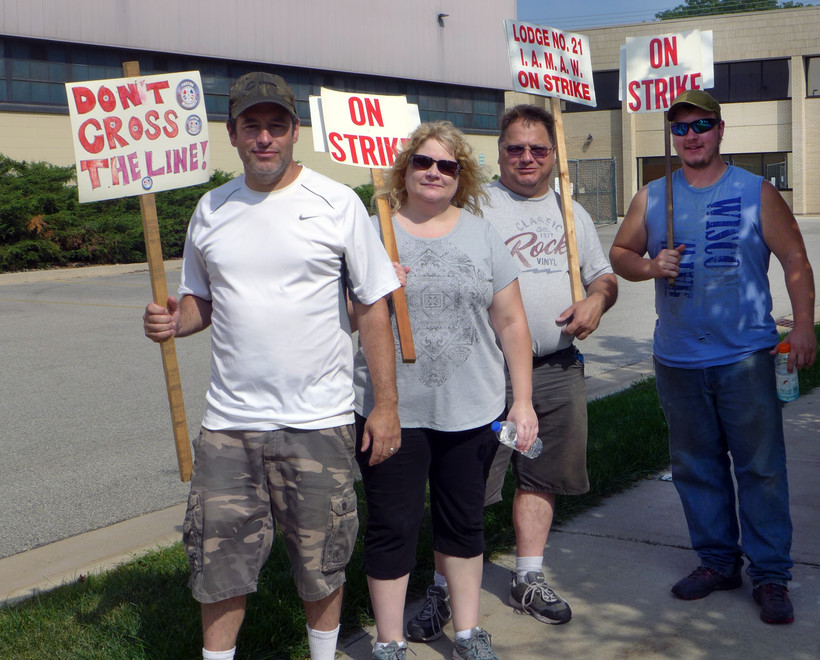 Union workers picket outside the Trane facility in La Crosse on Tuesday, Aug. 14, 2018.

Strike Continues At Trane Over Wages, Overtime Requirements For Workers

Heating and cooling system manufacturer Trane has offered a new contract to the almost 500 union workers currently on strike in La Crosse. But labor representatives say they won't return to work until workers vote on the contract later this week.

The previous four-year contract for union workers officially ended on Sunday. Kamrowski said members voted down Trane’s original proposal for a new contract because it didn’t address the amount of mandatory overtime it requires. "People are working six days a week, 10-hour days for a period of four years with very few breaks in there," Kamrowski said. "They get tired and they look for a break in it and that was one of the things they were looking for in the agreement form the company and it just wasn't there."

Kamrowski wouldn’t say whether he thinks the new contract proposal addresses workers’ concerns. Until they vote, workers are picketing outside a local Trane facility.

"The company doesn't give us good benefits or good pay, good vacation,” said Tia Yang, who works in insulation.

Yang wasn’t sure how long the union is expected to remain on strike, but she said a previous strike over contract negotiations lasted for two months.

Representatives from Trane and its parent company, Ingersoll Rand, did not return several requests for comment.

The La Crosse Tribune reported a spokeswoman for Ingersoll Rand said in a statement the company is hopeful for a resolution.