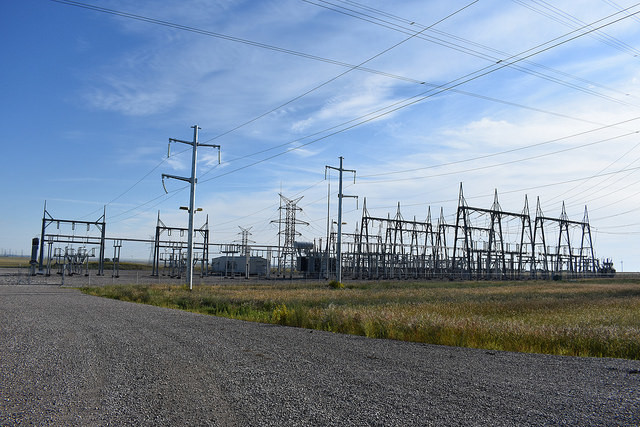 Stray Voltage Has Affected Farmers For Decades, But What Is It?

A case involving a phenomenon called "stray voltage" may make it's way back before the Wisconsin Supreme Court.

The case, first decided in August 2017, centered on a Trempealeau County farm whose cows were made sick by stray voltage. The court ruled in their favor, awarding them $4.5 million.

But an appeal from Northern States Power Company, a subsidiary of Xcel Energy, overturned that ruling. Now, after the farmers asked the case to be brought to the state Supreme Court, the dairy industry, along with several rural banks, have filed a motion to weigh in.

The motion claims stray voltage has been the "scourge" of dairy farmers for decades.

But what is stray voltage? And why is it important?

What Is Stray Voltage?

Stray voltage occurs when an electric current makes its way into the ground from a neutral wire. Voltage occurs naturally whenever a piece of electrical equipment is grounded, typically at a very low level. 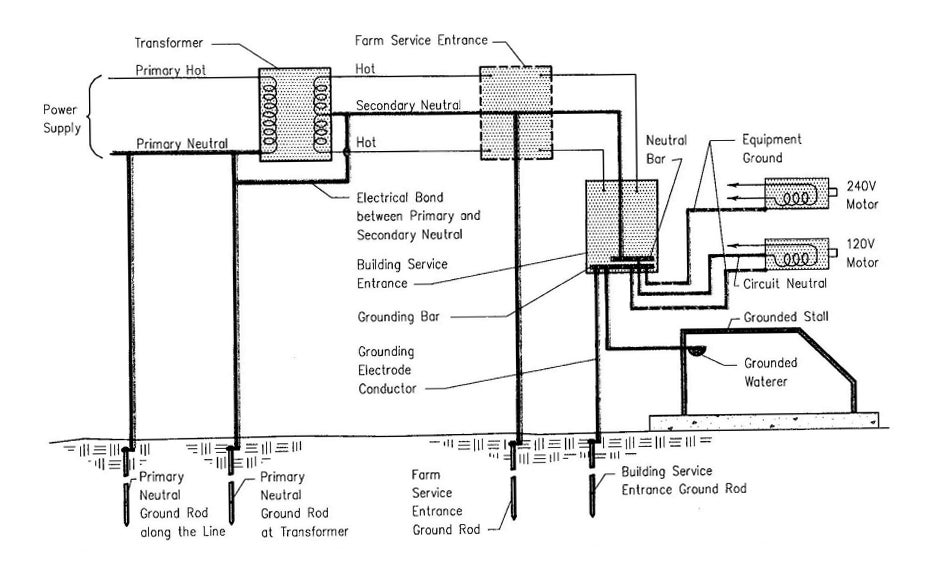 If installation is done correctly, that voltage should remain at a very low level, not affecting things around it, but problems occur when it reaches higher levels, said Doug Reinemann, a University of Wisconsin-Madison professor and member of the Midwest Rural Energy Council.

"The faults typically are in the neutral system, and so typically it's a bad connection, possibly an undersized wire for the load, but I would say most typically something is not connected correctly or a connection has been made that has become corroded or damaged over time," he said.

And when that happens, the currents can be transferred to cows through the ground. Reinemann describes the experience as similar to placing a nine-volt battery on your tongue.

"You put it on your tongue and you feel something, right, but it doesn't cause ... electrocution, it's much too low for that," he said. "You definitely know it's there, it can be annoying, but it's not lethal."

However, it does make cows change their behavior, he said. Most often, they come into contact with the currents while drinking water out of a trough.

"One of the most common symptoms of stray voltage is that cows will change their drinking behavior," Reinemann said. "Typically they'll go longer between drinks and in extreme cases their water consumption might be suppressed."

This phenomenon can become problematic for dairy farmers because drinking less water can lead to lower milk production in cows, Reinemann said. Although, once the problem is fixed there is no long lasting impediment to dairy production levels from being exposed to high levels of stray voltage.

Because research shows stray voltage has a negative affect on farm animals, who is responsible?

Who Is Responsible For Stray Voltage On A Farm?

Wisconsin has had stray voltage rules in place since the early 1990s, making it the first state in the country to do so, Reinemann said.

"And that rule recognizes that the source (of stray voltage) can be the utility, but it also can be the farm," Reinemann said. While it can get complicated, each is responsible for the equipment it owns and operates.

"So the utility company is responsible for its equipment and lines," he said. "Once you cross the meter onto the farm, that's farm equipment, so the utility really has no authority or responsibility to fix the farmer's wiring."

According to the stray voltage rules, one volt is set as the level of concern, he said. The rule splits the difference between utilities and farms, with each contributing no more than half a volt so that the total comes in at less than one volt.

There are three different parts to the electrical system: the farm system, the distribution system and the transmission system, Reinemann said.

The farm system includes all of the wiring to run equipment on the farm and the distribution system connects the farm to a substation – the small wooden poles that line rural roads – which acts to bring down voltage levels from the transmission system.

Reinemann recommends having your electric company test for stray voltage when you make any major electrical changes on your farm to be sure everything was installed correctly. He also suggests periodic tests, once a year or every couple of years, to ensure it continues to function properly.

Damages awarded from stray voltage cases have risen dramatically since the 1980s, but whether or not the Wisconsin Supreme Court will revisit this case remains to be seen.