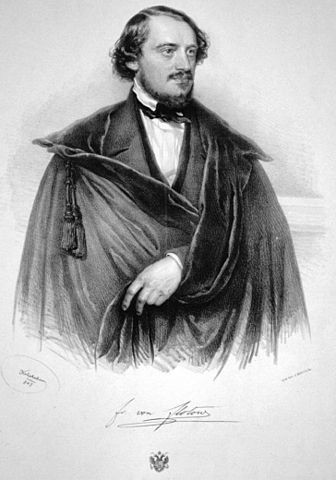 Alessandro Stradella was one of the 17th century's finest composers --and one of its most threatened.  An incident from the year 1677 is typical of Stradella's dangerous life.

The composer was living in Venice, having fled Rome because of a scandal that had arisen over his attempt to embezzle money from the Roman Catholic Church. For a time he contented himself with music making.  He played the lute and may have participated in the writing and performances of vocal works.  He was well connected with many instrumentalists and singers in Venice.

Then he became too well connected with a young woman named Agnese--the mistress or perhaps the fiancée of Alvise Contarini who was a member of one of the most wealthy and powerful families in Venice. Perhaps naively, Contarini had asked Stradella to be Agnese's music teacher.  Exactly what happened next is unclear but can be conjectured because soon afterward, Stradella and Agnese left Venice together.

Contarini cried foul, accusing the lovers of stealing a large sum of money from him--his inflated estimate of the value of jewelry and other gifts he had given Agnese.  Stradella and Agnese, meanwhile, turned up in Turin, where Agnese took refuge in a convent.  Contarini came to Turin  and put pressure on her either to marry Stradella or become a nun.  Stradella meanwhile was allowed to send her some basic necessities and music, but not direct communications, although he did attempt to sneak a letter to her in the form of a cantata.

Before long, Agnese became eager to leave the convent, and public opinion pushed Stradella into agreeing to marry her.  Then the plot thickens.  Just after signing the marriage contract Stradella walked out of the convent and was beaten senseless by two thugs hired by Contarini.  Having taken his beating, Stradella apparently felt himself free of the whole affair.  He took off for Genoa without ever again mentioning Agnese.