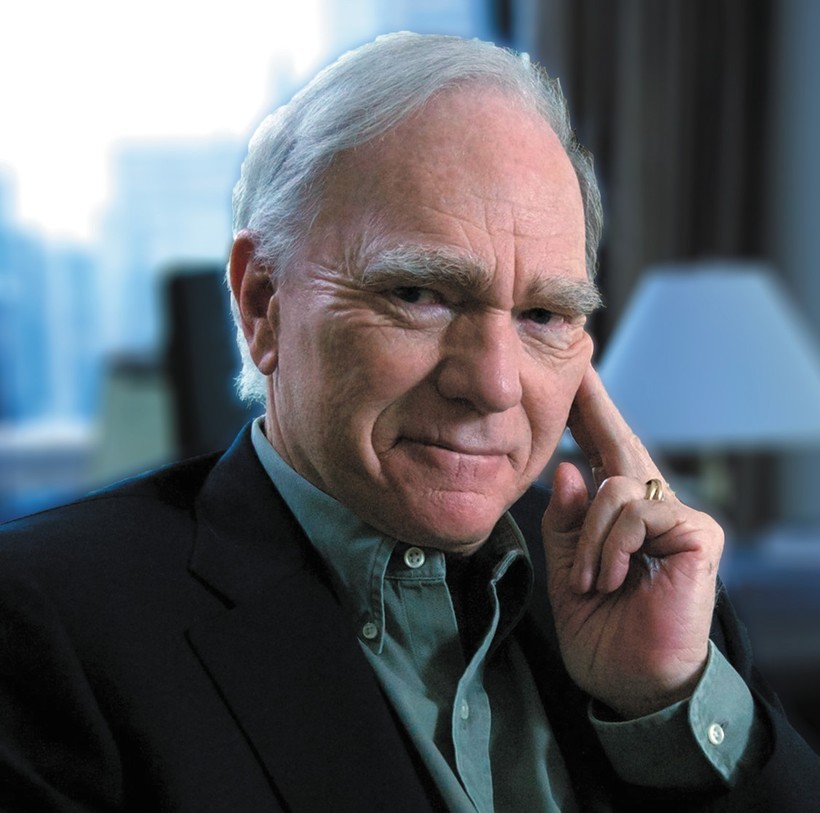 Robert McKee is an expert when it comes to the art of story.

He has lectured on storytelling all over the world. His former students have won over 60 Academy Awards, 200 Emmy Awards, 100 Writers Guild of America Awards and 50 Directors Guild of America Awards. His 2010 book "Story: Style, Structure, Substance, and the Principles of Screenwriting" is considered to be one of the go-to screenwriting texts. He followed that up with "Dialogue" and recently released his latest book, "Character: The Art of Role and Cast Design for Page, Stage, and Screen."

In "Character," McKee explores the various facets that go into creating compelling characters, including dimensionality and complexity.

"What people really want are wonderfully complex, fascinating, memorable characters. And the story's just a clothesline to hang them on," McKee told WPR's "BETA."

In his treatise, "Poetics," the Greek philosopher Aristotle argues that plot is more important than character. McKee disagrees.

"The truth is that it's a ridiculous question to begin with," McKee said. "You can't ask the question, what's more important, story or character? Because they are the same thing. They're just two sides of the same coin."

He said that when a character makes a choice to take a certain action and cause reactions in their world, they are creating the plot through these decisions.

McKee summed it up his book's takeaway in one word: complexity.

"Today especially, and into the rest of the century and beyond, the demand on writers will be to explore human nature in greater depth and greater complexities than ever. And one of the reasons that that demand is being made is because writers are now given more time than ever to tell their story," McKee said.

According to McKee, a three-dimensional character during our current era of prestige television is at best a supporting role, while compelling protagonists like Walter White of "Breaking Bad" possess 16 dimensions, and Tony Soprano is not far behind with 12 dimensions.

McKee uses the groundbreaking TV series "Mad Men" to illustrate how the show's creator and showrunner Matthew Weiner and his co-writers developed the main characters at three different levels of conflict: their work life, intimate life and secret life. McKee writes that these three levels are equivalent to the social self, personal self and core self. He also added a fourth self — the subconscious self, which pairs with each character's hidden self.

"You have a secret," McKee explained. "And Don Draper's secret was that he stole his identity from a dead lieutenant during the Korean War in order to escape the war. But his subconscious self finds life meaningless. He's a very successful ad executive and a star at the agency. He's got a beautiful wife, children, the whole perfect package, and he finds the whole thing pointless."

McKee also explores how to create compelling comic characters in his book.

"What makes a character a comic character is that they have a desire," McKee explained. "Something that they want extremely. It's what we call a blind obsession. And so, for example, the great Larry David in 'Curb Your Enthusiasm' has an obsession with propriety. He believes there's a certain way to behave in public that other people just don't seem to get."

"John Cleese in 'Fawlty Towers' is an incompetent perfectionist," McKee said. "He wants perfection. But he can't achieve it because he's incompetent. And so his car breaks down, another imperfection, probably because he doesn't bother to get it serviced. He talks to the car. And he says, 'I warned you many times. And this is it.' And he rips a branch off a tree and beats the paint off the fenders of the car. So we see he's crazy."

McKee had a chance to see himself as a character when he was famously played by Brian Cox in the 2002 movie "Adaptation" directed by Spike Jonze and written by Charlie Kaufman.

One day, McKee got a phone call from producer Ed Saxon. Saxon told him that he was now a character in Kaufman's screenplay. McKee asked to see a copy of the screenplay.

"I realized what this screenplay needs is an antagonist, because otherwise it's just a story about a guy suffering writer's block, and who cares about that?" he recalled. "And so, (Kaufman) wanted me to be the commercial force of Hollywood, which is false. But I thought, it's okay."

So McKee told the "Adaptation" producers that he would be okay with it under two conditions: "I need my redeeming scene and I need control of the casting."

They sent McKee a list of the 10 greatest middle-aged British actors alive, including Michael Caine and Terence Stamp.

"And I said, 'Oh, I see what they're after, some sort of gruff professor type.' But there was a name that was not on the list. And that was Brian Cox."

"I had seen Brian work in the west end of London and I knew that Brian Cox would not do that 'love me, love me' subtext thing because I do not want to be loved. I want to be respected. I went to see one of the early screenings with my son and we came out, and I said, 'Paul, what do you think?' He said, 'Dad, he nailed you.'"