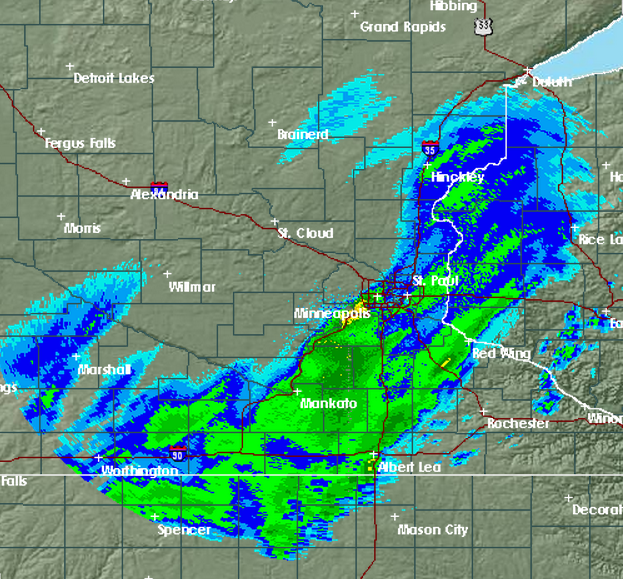 Storm Will Leave Foot Of Snow In Northern Wisconsin

The snow is already flying in far northern Wisconsin; the big question is, when will it stop?

A winter storm will drop a foot of snow on parts of far northwestern Wisconsin through Thursday. National Weather Service warning meteorologist Carol Christenson's charts have double digit numbers from Hayward to Cable to Ashland: "Yes, that's a 10.6 and 11.3. You're not seeing things. So this whole area, much of northwestern Wisconsin, is going to get a lot of snow."

But that's not going to stop the Governor's Fishing Opener going ahead on the mostly ice-covered Lake Namakagon. There are some open areas, so Cable Chamber of Commerce director James Bolen says there will be fishing in his area - although they might need snowplows to get to the boat landings. "That was kind of our resiliency plan. We'll figure out a way to get you out fishing whether it's on hopefully safe ice."

Rising rivers near Lake Superior are another concern, but so far it looks like the new snow and late snowmelt will only cause minor flooding.