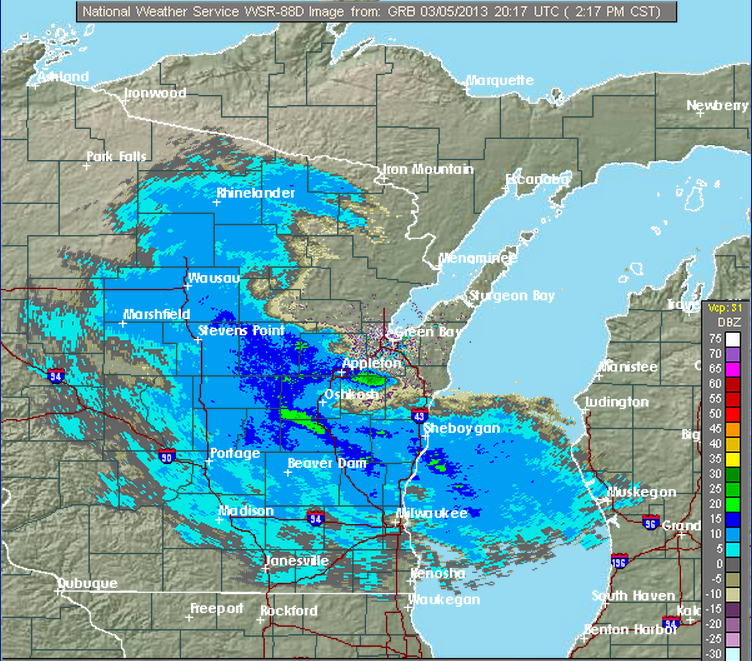 Snowfall is expected to slowly diminish in most of Wisconsin this afternoon and tonight, leaving behind some hefty accumulations.

Meteorologist Dan Schmidt of the National Weather Service says this storm system originated over the Canadian Rockies and dropped a good amount of snow despite the lack of gulf moisture.

"It was pretty intense circulation and with that circulation it didn't need an extraordinary amount of gulf moisture. It kind of worked on the moisture that was available and kind of concentrated it in a band. We call this 'frontogenesis.'"

The National Weather Service forecast six to ten inches in Western Wisconsin and four to eight inches in Southern Wisconsin. Schmidt says a lot the snow should melt this weekend when temperatures are expected to be in the 40s.