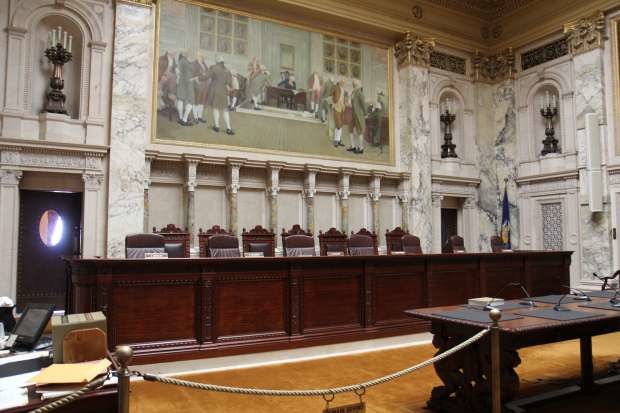 Another Court Seat Will Be Decided Next Tuesday
By The Associated Press
Share:

Wisconsin Supreme Court Justice Dan Kelly said on Wednesday he is undecided on whether he will run for a full term next year.

He said he will make a decision after next week's election for another seat.

Kelly told The Associated Press on Wednesday that he's focused on helping conservative candidate Brian Hagedorn win in the race against fellow appeals court Judge Lisa Neubauer. If Neubauer wins, liberals could take majority control of the court next year by defeating Kelly.

Kelly said being on the court since he was appointed in 2016 "has been the greatest honor of my life." He says, "You may be able to infer from that how I'm leaning."

Ed Fallone, a Marquette University law professor, announced Wednesday he was running. He ran with Democratic support in 2013 but lost.