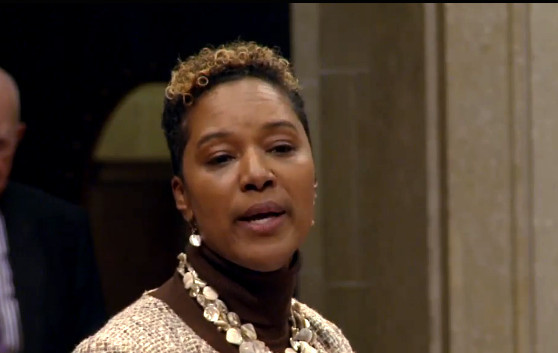 Taylor: Youth Facility Needed In Milwaukee; Must Be Run By State Department Of Children And Families
By Bill Martens
Share:

On the heels of a federal judge’s ruling that the Wisconsin Department of Corrections make "drastic" changes at its youth prisons, a Democratic state senator is again calling for additional reforms.

U.S. District Judge James Peterson ruled Monday the state has until Friday, July 21 to reduce its use of solitary confinement and pepper spray on inmates at the Lincoln Hills School for Boys and Copper Lake School for Girls in Lincoln County.

The order was the result of a lawsuit filed by the American Civil Liberties Union and the Juvenile Law Center, which argued the current practices were making the facilities more dangerous for everyone, and caused physical and psychological harm to the offenders.

Sen. Lena Taylor, D-Milwaukee, said Tuesday she was "overwhelmed with excitement" with the ruling. However, she added she was "extremely frustrated" her repeated pleas for changes went nowhere and that it took a court to do what’s "right," "just" and "fair."

Under Peterson’s ruling, prison staff can only used pepper spray to stop or prevent an inmate from causing bodily harm. In addition, an inmate could only be held in solitary confinement for up to seven days, down from the current maximum of 60.

DOC communications director Tristan Cook said the agency is reviewing the order to determine its next steps. He said some changes had already been made, including additional training for staff and efforts to reduce solitary confinement, pepper spray and restraints.

As part of their package of legislation known as the Juvenile Justice Bill of Rights, Taylor and other Milwaukee Democrats are pushing for a ban on solitary confinement.

A Milwaukee Journal Sentinel report cited DOC figures showing from 2012-2016, 708 youths from Milwaukee County were committed to Lincoln Hills or Copper Lake, which is located about 30 miles north of Wausau. Dane County was the second highest at 112. All other counties had 50 or fewer; 13 of them had no inmates.

Because of the large population from Milwaukee, Taylor reiterated her call for a juvenile facility closer to home. She said Tuesday that teens need to be close to their family and community in order to get their lives back on track, which cannot happen when "you’re half a day away."

"We want our children," she said. "Give Milwaukee County the opportunity to be able to serve their own children … with the type of compassion and best practices that will help us to move them in the right direction.”

Nearby Racine has a prison that houses 450 inmates, all between the ages of 15 and 24, but have been sentenced through adult courts instead of juvenile ones.

After touring Lincoln Hills earlier this year, Republican State Rep. Bob Gannon, R-Slinger, said in May the inmates were "some of the roughest, nastiest, out-of-control men and women in the state of Wisconsin." He rejected the notion of characterizing them as "children" or "kids" and said some of them have no interest in changing their behavior.

"When was the last time you heard of a young thug carjacking granny at gunpoint when they were incarcerated at Lincoln Hills?" he asked during a public hearing on legislation that would impose stricter penalties on youths who commit serious crimes.

But Taylor said that line of thinking is misinformed.

"More than 60 percent of the juveniles who are there did not need to be in the juvenile correctional facility," she said, not mentioning her source. She maintained because Milwaukee cannot have its own youth facility, offenders go from the detention center straight to "the extreme" Lincoln Hills or Copper Lake.

While most of the critical changes Peterson ordered must be in place by July 21, other provisions will be phased in afterward to give the DOC time to train staff and put them into practice.