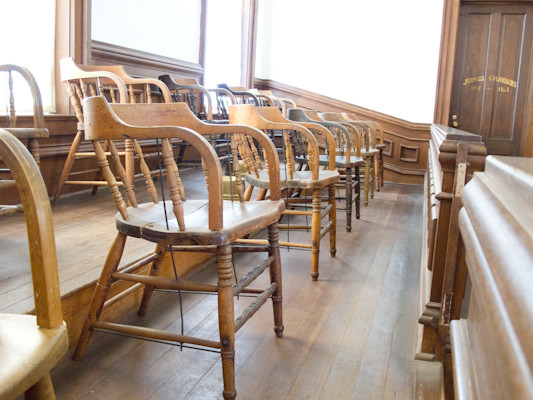 Assembly Sponsors Say They Will Work To Get Senators On Board
By Gilman Halsted
Share:

The state Senate has put the brakes on a bill that would dramatically increase compensation to people who are wrongfully convicted in Wisconsin, but the bill's author said he is lobbying his colleagues to get it back on the floor for a vote in March.

The Assembly passed the bill unanimously last week. It would allow exonerees to claim $50,000 for each year of wrongful incarceration capped at $1 million.

On Wednesday night, Senate leaders raised concerns about the size of the cap and sent it back to the Joint Finance Committee.

State Rep. Dale Kooyenga, R-Brookfield, the bill's author, said only about a dozen people are eligible for the increase and it's unfair to make them wait.

"I'm calling every single senator. I'm meeting with them personally. I've probably hit the annoying level," Kooyenga said. "But I really, really believe that we should do something for these individuals who have been wrongfully incarcerated because there's an injustice here."

The Assembly session is over for the year, but Kooyenga said if the Senate makes changes to the bill, he'll push Assembly leaders to re-convene to act on it.

Myranda Tanck, an aide to Senate Majority Leader Scott Fitzgerald, said the media frenzy surrounding the Netflix series on Steven Avery's past wrongful conviction has made the bill more controversial. Tanck said there's some concern about whether there's strong enough public support to pass it in its current form. But she said it could be back on the calendar for the March 15 Senate floor session.

Under the bill, compensation wouldn't be available to anyone like Avery who was convicted of a new crime after serving time for a wrongful conviction. It also exempts anyone who wins a civil settlement after being found innocent.

Bill co-author, state Rep. Gary Hebl, D-Sun Prairie, said he sees no reason to change it because it simply raises the state's compensation to the same level now available to federal prisoners who spend time in prison for crimes they didn't commit.