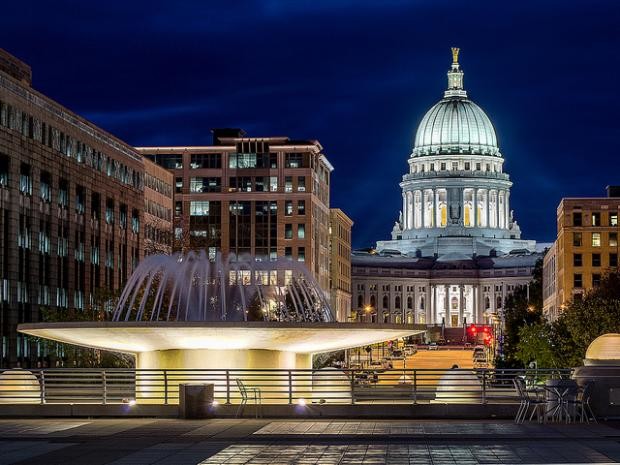 Republican state lawmakers have passed a bill that would prevent district attorneys from using Wisconsin's John Doe law to investigate crimes like bribery and misconduct in public office.

The state Senate took up the measure around midday on Tuesday. Debate stretched into the late afternoon before minority Democrats objected to the bill's final reading, the last step before a vote. The move meant the Senate couldn't come back to the bill until the next calendar day.

The chamber adjourned Tuesday evening and Majority Leader Scott Fitzgerald reconvened the body at 12:01 a.m. Wednesday. Debate went on for nearly another hour before the chamber passed the bill by an 18-14 margin.

The bill was borne out of Republican frustration with a John Doe investigation of Gov. Scott Walker's campaign and conservative groups. The state Supreme Court ended that case in July.

State Rep. Joe Sanfellipo, R-New Berlin, suggested the search warrants carried out in that case were akin to Nazi tactics, telling Democrats that if they didn't support these changes, they were protecting policies seen during some of history's most infamous regimes.

"You're OK with the tactics that were employed by the SS and the Nazis in World War II and Pol Pot and every other regime," he said.

"Either the John Doe is a useful prosecutorial tool for everyone or it should be applied to no one.  Your bill picks winners and losers," he said.

The Assembly passed the bill 60-36 on Tuesday. The chamber is expected to take its final vote on the bill Wednesday afternoon. Passage would send the proposal on to Walker.