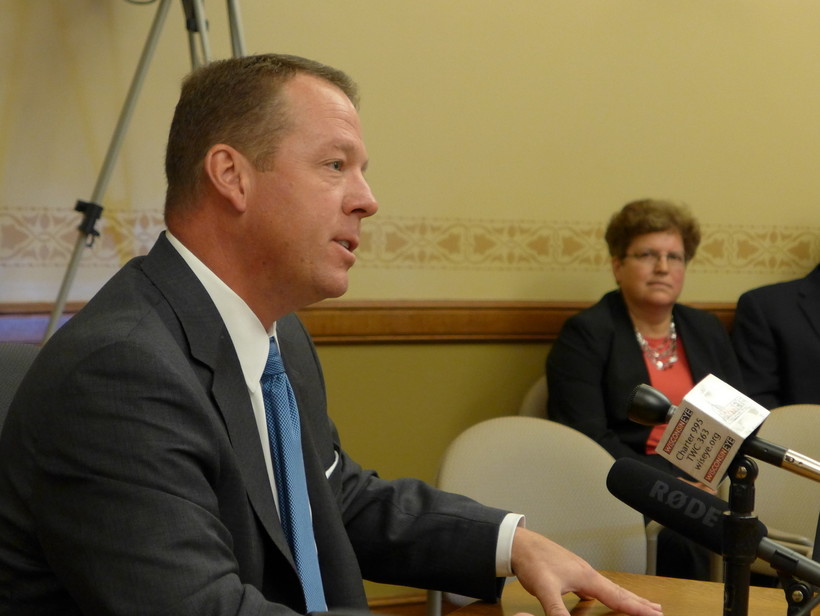 State Senate Confirms Walker Appointee To UW Board Of Regents

Republican state senators have voted to confirm the son of Gov. Scott Walker's campaign chair to the University of Wisconsin Board of Regents.

On a party-line vote, state senators confirmed Michal M. Grebe to a seven-year term on the Board of Regents. He is the son of Michael W. Grebe, who not only chaired Walker's gubernatorial campaigns but is also president and C.E.O. of the conservative Bradley Foundation.

At his confirmation hearing last week, the younger Grebe floated the idea of ending duplicative degree programs on some UW campuses, saying that would be more in line with the way the business world operates. Green Bay Democratic Sen. Dave Hansen blasted those remarks, saying universities are not businesses.

"They are not manufacturing plants. They exist to provide our citizens with an education," said Hansen.

While no Republican senators spoke on Grebe's behalf, they all supported his confirmation.