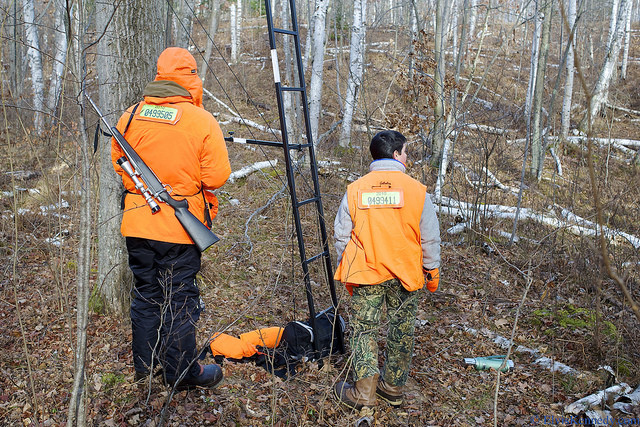 Legislation Has Also Received Committee Approval In Assembly
By The Associated Press
Share:

Another legislative committee has overwhelmingly approved a bill that would prohibit people from bothering hunters in the woods.

The state Senate's sporting heritage committee approved the measure unanimously Tuesday. The vote clears the way for a full vote on the Senate floor. The Assembly's natural resources committee passed the bill on a 14-1 vote in November, setting the measure up for a vote in that chamber, too.

The measure's Republican authors say concerns about hunter harassment have grown since the Wolf Patrol, a group of animal rights activists, followed and filmed wolf hunters in Wisconsin and Montana in 2014.

The bill would expand the definition of interference with a hunter to include remaining in a hunter's sight and photographing or confronting a hunter more than twice with the intention to interfere.