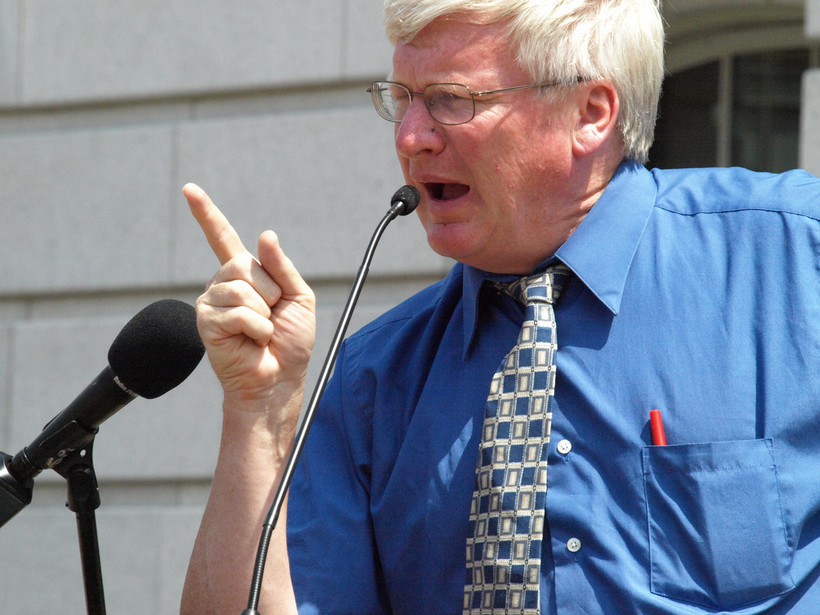 Outspoken Legislator Says That He Would Fight Against Excessive Levels Of Government Dependency
By Shawn Johnson
Share:

Grothman is no stranger to inter-party fights, having won his current job by defeating former Senate Majority Leader Mary Panzer in a 2004 Republican primary. He says he's running for Congress because he's concerned about what he sees as an increased dependence on government.

“I think a lot of that happened under the Republicans and I think Congressman Petri was part of the problem, but I think a larger thing – and I like Tom Petri personally a great deal—is I see a lack of leadership to try and turn these problems around,” said Grothman. “We need people who are more outspoken about excessive government, the excessive spending, more outspoken about the culture of dependency – because I'm afraid if we don't turn these things around in the next two or three years, it's going to be too late.”

Grothman is certainly outspoken. A couple years ago, he issued a press release calling Kwanzaa a fake holiday and saying it was time it was, “slapped down once and for all.” During the occupation of the Capitol in the 2011 fight over collective bargaining, Grothman famously called many protesters slobs.

Grothman, who is from West Bend, does not currently live in the 6th Congressional District, though he has indicated he would move there.

Petri issued a statement saying his “record of pragmatic conservatism will speak for itself,” and that he expected to win in August and November.