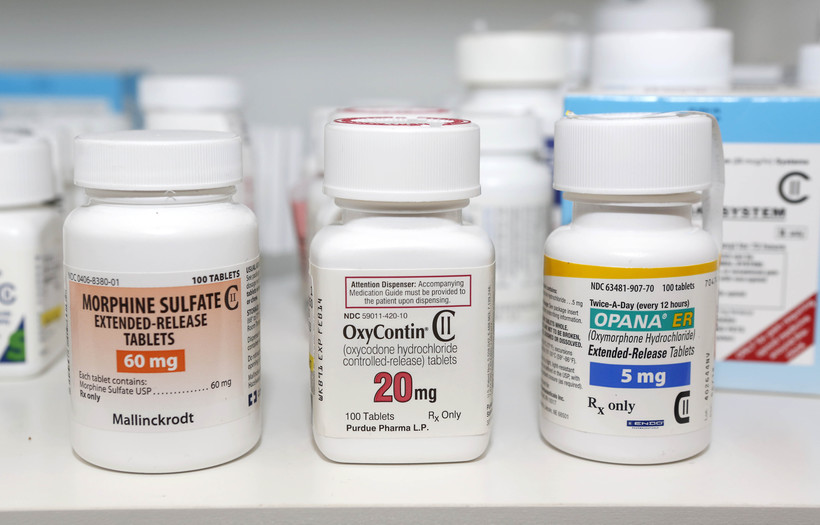 Wisconsin's Controlled Substance Board recently published its first quarterly report on database established in 2013 to prevent abuse. It shows a nearly 10 percent drop in the number of opioid prescriptions written and filled compared to this time last year.

Gov. Scott Walker said in a statement that the findings are "very encouraging" and "a step in the right direction." The report does not say what percentage of prescribers (doctors and dentists) and dispensers (pharmacists) check the prescription drug monitoring database.

But officials say use of the prescription drug monitoring database, or PDMP, has steadily increased since 2013. Next year, doctors will be required to check the database.

Donn Dexter, the chief medical officer with the Wisconsin Medical Society, said the organization is working to educate physicians on the database and get them ready for the mandates.

The PDMP has not been as widely used as hoped. In June, state officials said 14 percent of doctors used the database. Next April, they’ll be required to do so.

Pharmacists have been required to check the database before dispensing a prescription for more than a year, said Danielle Laurent of the Pharmacy Society of Wisconsin.

In 2014, just a year after the database started, only 30 percent of pharmacists used it and 8 percent of doctors. Dexter said that will go up with a new upgraded database implemented in January.

"The reason it wasn't used is I think our doctors are already very busy," Dexter said. "It's hard to put this into the flow of their practice. And the current PDMP, I think even the people who are the biggest proponents will admit it's pretty clunky. It's not easy to use."

One individual obtained monitored prescription drugs at 12 different pharmacies. Dexter said Wisconsin physicians have stepped up their scrutiny of patients asking for opioids but also recognizes the need for such painkillers.

"One thing that the Medical Society is working hard on is that the pendulum doesn’t swing too far; so that patients that need pain control still get pain control," he said.

Law enforcement also use the PDMP and the report says the most common reason is stolen prescriptions.