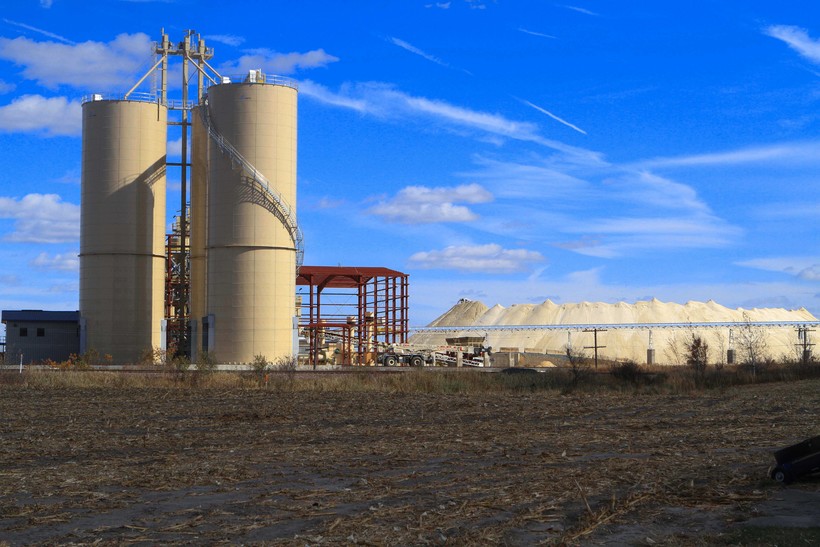 Guests Debate How Frac-Sand Mining Should Be Regulated
By Bill Martens
Share:

While a bill that would create statewide standards for certain frac-sand operations in Wisconsin may not be taken up until spring, there is plenty of debating to be had in the meantime.

Under the proposal introduced earlier this month by Sen. Tom Tiffany (R-Hazelhurst) and Rep. Joan Ballweg (R-Markesan), local governments would be stripped of most of their authority to regulate frac-sand mines.  However, Assembly Speaker Robin Vos says while he supports the concept, he wants to take the time to carefully look it over.

Wisconsin Manufacturers & Commerce, a business lobbying group, also backs the proposal.  President and Chief Executive Scott Manley said Thursday morning that the problem with current law is that some local governments, especially towns, are making decisions through police powers instead of zoning.

Under zoning, Manley says landowners have property rights and can engage in activity that local governments permit.  If the community rezones, Manley says those landowners are grandfathered in.  However, if a municipality changes a police power ordinance, Manley says it can retroactively put a company out of business.

“Nobody is going to make tens of millions, if not a hundred million-dollar investment, in an industrial sand mine – or frankly, any other kind of economic development even outside of mining – if we not take the position in Wisconsin that we’re not going to offer people zoning protections,” said Manley.

Opposed to the bill is the Wisconsin Farmers Union, which advocates for farmers and those living in rural communities.  It says a one-size-fits-all approach will prevent local governments from crafting guidelines to their unique situations.

“This bill flies in the face of a bedrock principle of governance in Wisconsin, which is that local issues should be handled at the local level,” said Government Relations Director Kara O’Connor.  “Local governments are the in the best position to weigh the pros and cons of how an operation will benefit or be a detriment to their local economy.”

O’Connor says 20 percent of towns don’t have zoning and that this bill would be “a complete bar to them having any say in how frac-sand mines operate within their jurisdiction.”

Wisconsin has approximately 115 frac-sand mines, primarily in the western half of the state.