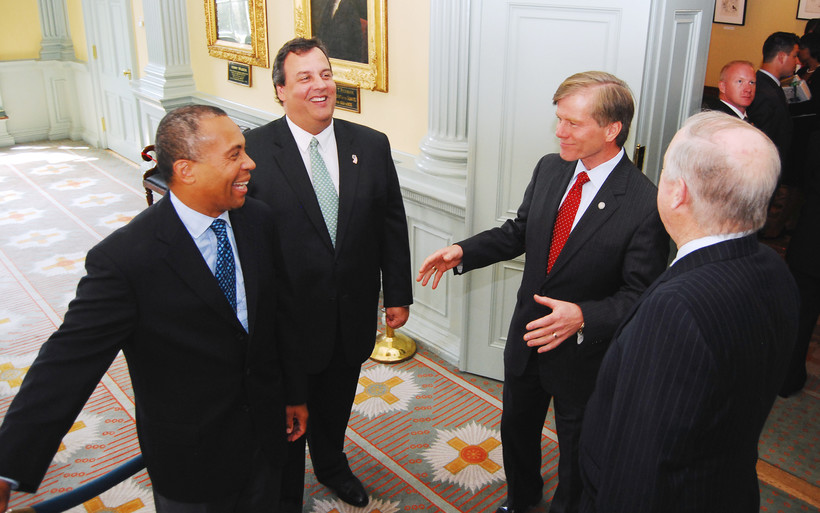 State Leaders, Protesters Gather For Meeting Of Governors In Milwaukee

Many of the nation's governors are in Wisconsin for a meeting of the National Governors Association (NGA).

The official business portion of the meeting gets underway this morning. Wisconsin Governor Scott Walker says the agenda includes discussions about economic development, infrastructure, and implementation of the Affordable Care Act.

Much of the talks we have at the NGA meetings aren't so much a debate over issues. It's more about getting feedback from each other about how people are dealing with issues.

Another NGA session will look at cybersecurity.

Outside the Milwaukee hotel where the governors are gathered, several protests or rallies are slated to take place. The AFL-CIO and others plan a Saturday rally urging the governors to work harder on job creation. State union president Phil Neuenfeldt says one thing states can do is create "buy American" laws for state purchasing.

"There's been some states that have passed good laws that look at ... what they themselves spend their money on, to make sure that products made and revenue spent is kept in the country or in their state," he says.

Neuenfeldt says states that buy cheaper goods and services from other countries are being penny wise and dollar foolish.

Milwaukee Mayor Tom Barrett says police will do what's needed to keep the governors safe during their visit.

The leaders also have several social outings planned, as Scott Walker aims to build goodwill with other governors and maybe boost his national standing in case he runs for president in 2016.