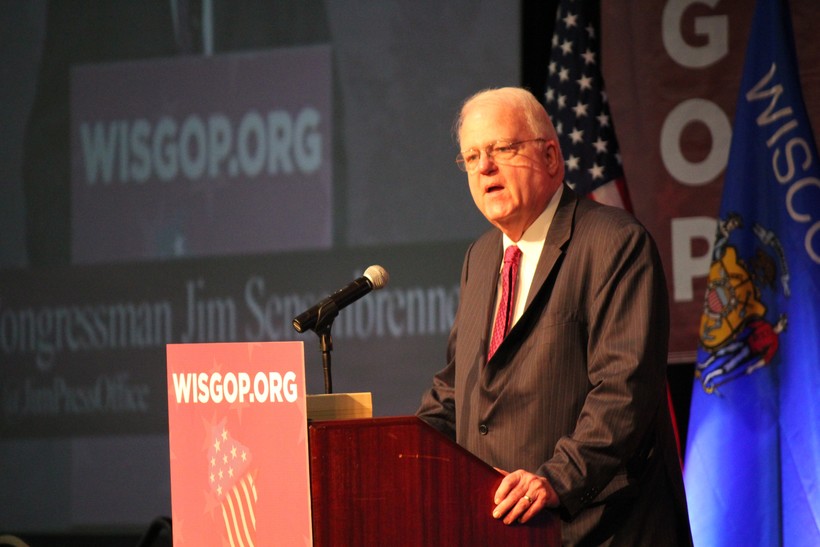 Republican divisions over immigration reform came into the spotlight over the weekend at the state GOP's annual convention near Wausau.

Congressman Jim Sensenbrenner (R-Wisc) from Menominee Falls used most of his nearly 20-minute speech at the convention to attack immigration reform. He laid into a plan supported by a bipartisan group of senators that would lay out a path to citizenship for the millions of immigrants living illegally in the United States right now.

"Whether you call it the pathway to citizenship or comprehensive immigration reform, it's still amnesty, because under current law if you are here illegally and you are caught, you are subject to deportation."

Sensenbrenner said it would "send the wrong message to the world" since someone here illegally already would have a quicker path to citizenship than someone who follows the law.

Asked about Sensenbrenner's speech by reporters, Congressman Paul Ryan (R-Wisc) from Janesville disagreed with the amnesty label. Ryan is working with Congressman Luis Gutierrez (D-Illinois) on another immigration bill in the U.S. House.

Ryan says any immigration bill needs to first secure the U.S. borders and prevent employers from hiring undocumented immigrants. Other Republicans were more reluctant to weigh in at the GOP convention. Congressman Sean Duffy (R-Wisc) from Weston, whose wife is a Latina, said he had not yet read the bills.