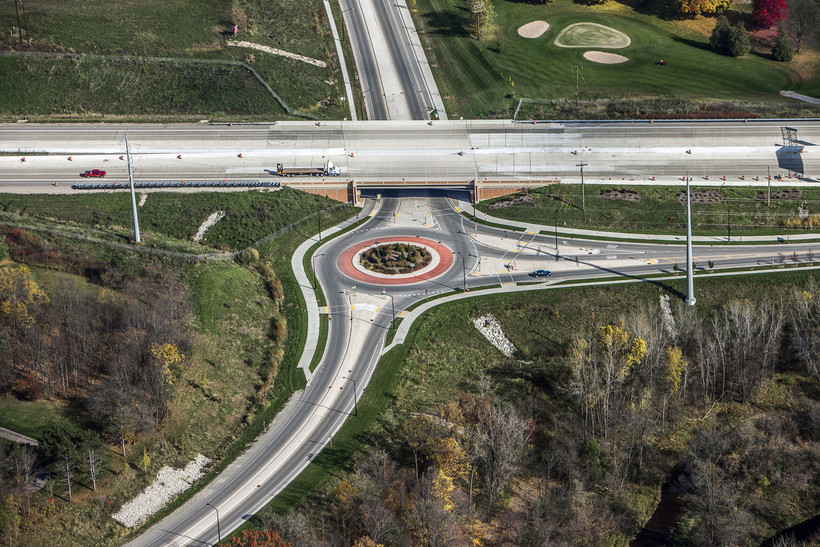 Wisconsin Department of Transportation officials want motorists to know that reducing low-severity crashes in roundabouts is a priority.

According to Jerry Zogg, the DOT’s chief roadway standards engineer, roundabouts represent a tradeoff of sorts in terms of traffic safety. On the one hand, studies show that roundabouts do help save lives and prevent serious injuries. Zogg said the number of accidents involving fatal or serious injuries is down 40 percent — a "very compelling" figure considering that nationwide, 21 percent of all traffic fatalities and half of all serious injuries happen at intersections.

However, studies also show that roundabouts tend to result in a greater number of fender-benders.

However, Zogg said that the DOT is "not turning a blind eye" to fender-benders. He said that Wisconsin is one of the nation’s leaders in researching roundabout performance, and that the department is planning to conduct a study to explore whether geometric changes, improved signage and marking, and additional outreach will help reduce low-severity crashes.

Beyond those upgrades, Zogg recommended drivers take three steps: slow down when approaching a roundabout, be in the correct lane before entering and yield to both lanes at the circle. Zogg said a number of fender-benders occur when motorists realize they’re in the wrong lane and make a sudden lane change.

Wisconsin has at least 356 roundabouts, including about 200 on the state highway system, and builds 25 to 30 each year. Slightly more than half of the state’s roundabouts are multi-laned, according to DOT Roadway Standards Engineer Paul Vraney, which in addition to meeting traffic capacity needs helps drivers concentrate on the road, more so than single-lane roundabouts.

Zogg noted that because it often takes drivers a while to get used to roundabouts, Wisconsin is constructing the intersections at a moderate pace. In addition to multiple roundabouts being installed in close proximity to each other as in Mount Horeb, "triple-laners" have begun being introduced, such as at Interstate 43 and Moorland Road in New Berlin.

"We are paying conscious attention to not making things overly complicated for our drivers and will be looking to move them in at what we think is a good measured pace," he said.

More information about roundabouts can be found on the DOT’s website.