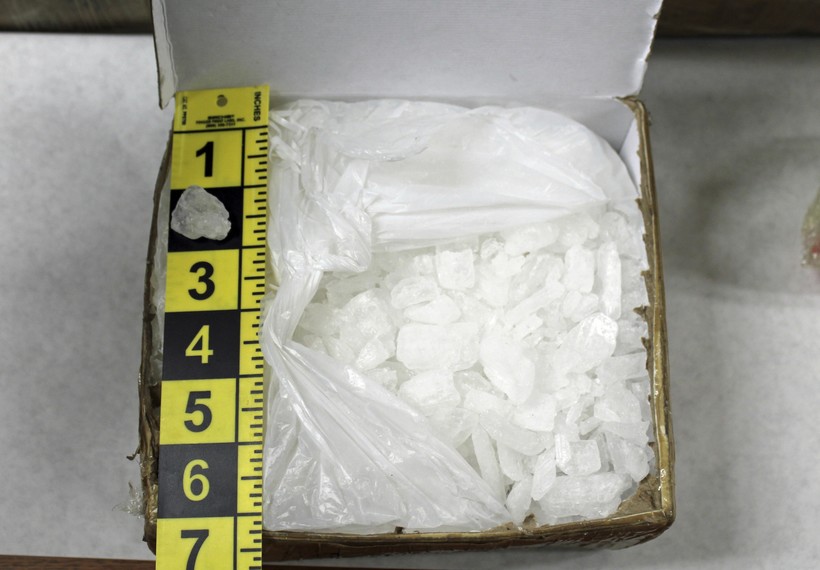 Marijuana Submissions Going Down With Hemp Legalization But Meth And Opioids Remain A Concern
By Shamane Mills
Share:

Marijuana samples sent to the state crime lab have dropped by more half since 2015 but the more than 1,500 THC submissions surpassed all other drugs through October of this year, according to a report presented to the state Controlled Substances Board.

Coming in a close second is meth. And it's showing up in parts of the state where it hasn’t previously been considered a problem, like Madison.

"Madison and the Dane County area has really been on an island compared to the rest of the state for many years," said Lt. Erik Fuhremann, commander of the Dane County Narcotics Task Force. "It’s a tough one to figure out exactly why. We’re certainly concerned we’re starting to see these increases."

Most of the meth samples sent to the state crime lab in 2018 came from Barron County, followed by Outagamie and Douglas counties.

Authorities say much of the meth is coming from Mexico. Less local production can mean fewer deadly explosions of meth labs in the state, but the large amounts being produced elsewhere means the price has dropped and cartels are now having chemists make fentanyl, said Fuhremann.

Fentanyl is a synthetic opioid that is up to 100 times more potent than morphine.

"The opioid epidemic is the most significant public safety challenge we face in Wisconsin," said state Attorney General Josh Kaul. "But meth is also hitting many communities in Wisconsin very hard right now."

Kaul said there's a need to raise awareness about the dangers of meth similar to the public education campaign for opioids.

"We need to make sure people understand meth is incredibly dangerous as well," Kaul said.

The number of fentanyl cases sent to the state crime lab increased in 2018 but have declined since then. Officials say that's promising, but the decline may not reflect what's actually occurring in communities.

Most of the evidence submitted to the crime lab is related to felony charges but crime lab officials say changes in law regarding hemp have caused confusion among some law enforcement. The lab doesn't accept CBD products which have very low levels of THC — the substance in marijuana that makes people feel high.

"That trend has just exploded both nationally and locally. It’s a new trend and frankly one we’re struggling to catch up with," said Fuhremann.

One of the biggest criminal cases involving vaping is in Kenosha County. According to the criminal complaint, the defendants were selling THC vaping cartridges in Wisconsin, Illinois and Minnesota. They allegedly had 10 people working for them, filling around 5,000 cartridges a day.