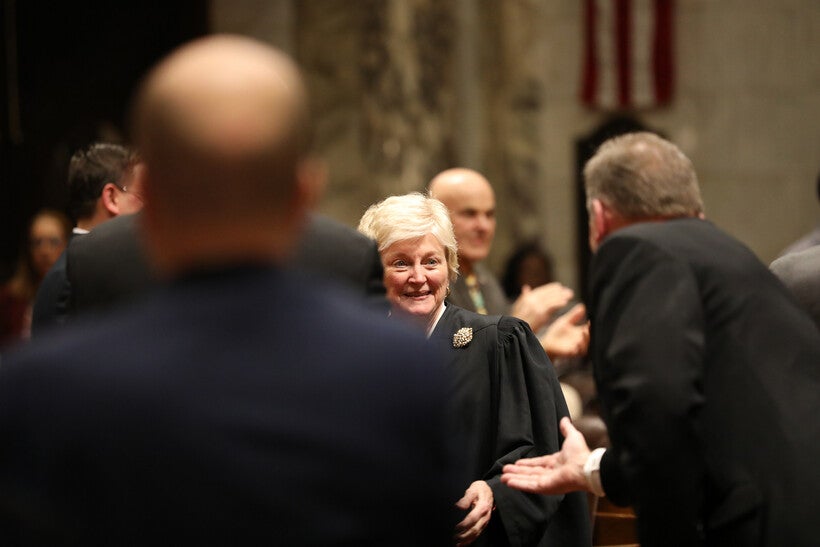 Gov. Tony Evers gives his first State of the State address in Madison, Wisconsin, at the state Capitol building on Jan. 22, 2019. Here, Wisconsin Supreme Court Chief Justice Patience Roggensack is seen before the start of the speech. Emily Hamer/Wisconsin Center for Investigative Journalism

Wisconsin Supreme Court Chief Justice Patience Roggensack says she is concerned over recent online threats and anti-Semitic attacks against members of the court.

The court recently rejected a lawsuit from President Donald Trump attempting to overturn an election loss in the battleground state. Trump took to Twitter this week to blast conservative state Supreme Court Justice Brian Hagedorn after he sided with liberal justices to end Trump's legal challenges in the swing state's court.