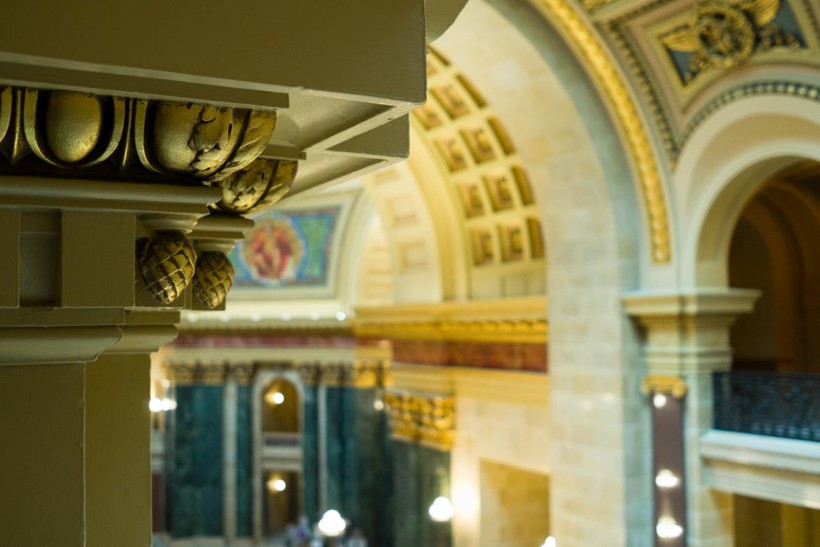 18 Of Evers' Capital Requests Receive No Funding From Legislature
By Corrinne Hess and Hope Kirwan
Share:

The projects were two of 18 proposals in Evers’ $2.5 billion capital budget to not receive any money from the Republican-controlled state budget committee.

In Milwaukee, the new state office building would have replaced a 55-year-old downtown Milwaukee building at 819 N. 6th St. The current state building houses a state Division of Motor Vehicles customer service center and several other agencies. The state also leases space in other buildings in the downtown area.

Former Gov. Scott Walker announced in February 2018 the new state office building would be built in Milwaukee. At the time, Walker said taxpayers could eventually save money by bringing state employees under one roof in a new building.

The newly constructed 200,000-square-foot office building would have likely been located in the heart of Milwaukee’s Near West Side neighborhood.

For several years, businesses located in that neighborhood, including Marquette University, Potawatomi Hotel and Casino, MillerCoors, Harley-Davidson and Aurora Health Care, have worked to improve the neighborhood. They believe the new office building would have been transformational.

In La Crosse, the second phase of the Prairie Springs Science Center would replace Cowley Hall, which houses science lecture halls and classrooms. During a tour of the building last month, UW-La Crosse officials said the 54-year-old hall is the most costly building to maintain on campus and it lacks wheelchair-accessible bathrooms.

"The challenges surrounding Cowley will not go away and that's why this Phase II project is so vital for us," said Chancellor Joe Gow. "So really we need to intensify our efforts to convince the legislators that this is something important."

Gow said he's hopeful La Crosse-area legislators could get the project reconsidered before the final budget is sent to Evers. If not, Gow said the university will work to have the project included in the next biennial budget.

"We will continue to do our (building) planning, we're financing that ourselves. So we can keep this project on track over the next few years in pursuit of the funding," Gow said.