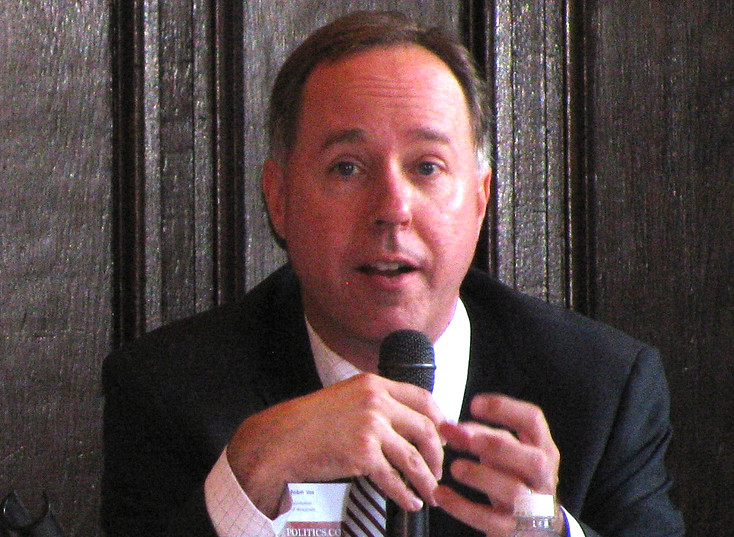 Republican Assembly Speaker Robin Vos has repeatedly criticized the head of Wisconsin's elections agency this week, saying that he “has to go” and that the board he oversees has to change.

As was first reported by Wisconsin Radio Network, Vos made a firm pledge about the state's Government Accountability Board on Tuesday while speaking at a WisPolitics luncheon.

“I promise you that two years from now when we are sitting here, the GAB will not be in the current format that it's currently put together. It is dysfunctional, it is unresponsive, and it is totally undemocratic,” he said.

“Kevin Kennedy has to go. He needs to be gone. He is an embarrassment, and I can't say it any more emphatically than I am right now,” he said.

Kennedy has issued a statement saying the GAB is not going to respond to personal comments, and that the board was focused on administering the upcoming election.

Wisconsin Democracy Campaign Director Mike McCabe, who pushed for the creation of the GAB several years ago, said legislative leaders don't like the board because they want to handpick who makes decisions about elections. The board, however, is nonpartisan.

“It’s as simple as that. They want to have this agency under their control and right now it’s set up to be independent,” said McCabe. “It ought to stay that way. Any effort to undo the way the board overseeing this agency is selected should be resisted vigorously by citizens.”

Asked about Vos’s remarks, Gov. Scott Walker said the issue was not on his radar. Democrat Mary Burke’s campaign had no comment, but State Democratic Party Chair Mike Tate it was an “egregious abuse of power for the speaker to publicly threaten the chief election official's job, especially less than 30 days before an election.”