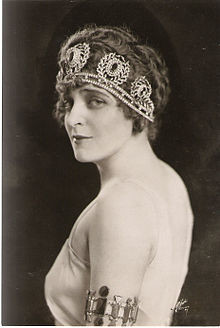 “Some people grow; others just swell.” It was a popular saying in the 1920s when radio was becoming all the rage, making stars overnight. Some of them, already established on stage, brought their egos with them to the airwaves. In 1923 Thomas Cowan, an announcer at New York radio station WJZ, described an encounter with Madame Margaret Namara of the Chicago Grand Opera Company.

After her success as Thais at the Manhattan Opera House in New York, Namara offered to broadcast a repeat performance on WJZ. She came over to the studio three days bforehand because she wanted her “movie man” to film her as she sang. She was not impressed by the plain whitewashed walls, and Cowan spent three days rushing in hangings and paintings from his own apartment and ordering palms and loads of cut flowers, plus a large rose floor lamp to stand behind the piano.

On the night of the big broadcast Madame Namara and her maid commandeered the manager’s office for a dressing room, from which the singer emerged in full costume so laden with jewels that Cowan was reminded of the popular song “Rings on her fingers and bells on her toes.”

When she beheld the redecorated studio she was so stunned that she threw her arms around Cowan and kissed him, smothering him in face powder.

She sang something called “The Mirror Song” and was photographed “in action” and then got into an argument with her cameraman about close-ups.

When it was all over, Cowan showed her to her car, filled her arms with flowers, and wished her a good trip all the way back to Bayshore, Long Island.

Cowan and the radio station were slow to recover. In the former green room he found powder so thick that it showed the singer’s footprints, and a squadron of announcers set about cleaning it up in order to avoid a dressing-down from the manager.