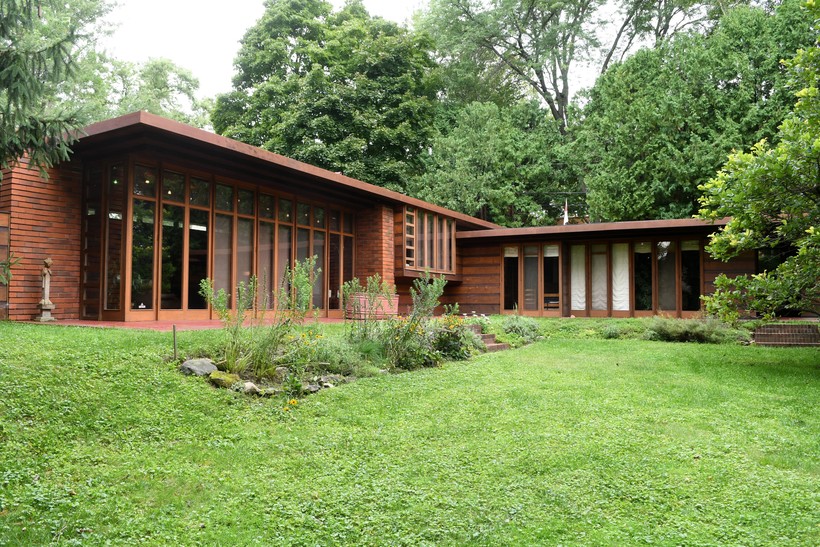 Frank Lloyd Wright's design of the Jacobs House in Madison is one of eight included in a listing on the World Heritage list. Photo courtesy of Mark Hertzberg

Carrie Rodamaker stood in the living room at Taliesin, reveling in sweet vindication.

Eight buildings designed by famed architect Frank Lloyd Wright had been named to the prestigious World Heritage List, she had just learned, and Taliesin was one of them.

In an interview with Wisconsin Public Radio, Rodamaker, executive director of the Taliesin Preservation in Spring Green, reflected on a storied career that saw Wright's buildings chided for overdesign; his visions lambasted for having the "taste of Victorian embroiderers."

But this composite of eight buildings that together make up one of the UNESCO newest listings, "20th Century Architecture of Frank Lloyd Wright," comes as proof to Wright's admirers that his contributions were transformative.

It's a triumph for Wisconsin, too — home to two sites included in the list of eight. 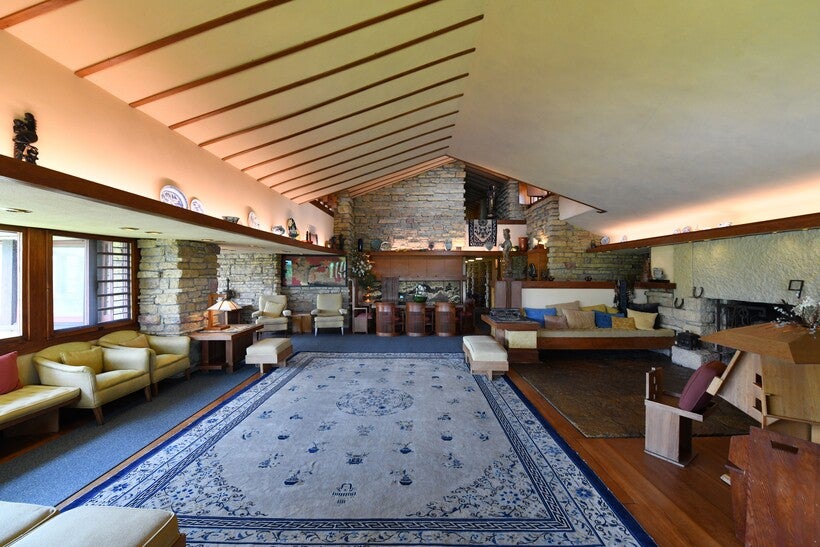 The living quarters of Taliesin in Spring Green. Photo courtesy of Mark Hertzberg

Taliesin is regarded for its connection to nature, an attribute defined by Wright as "organic architecture." Wright began building Taliesin in 1911. The home was destroyed by arson in 1914, taking the lives of seven, including Wright's mistress, and was rebuilt before being damaged by an electrical fire in 1925 and then rebuilt that same year.

The Herbert and Katherine Jacobs House built in Madison in 1936 was Wright's first Usonian design (derived from "United States of North America").

Wright was born in Richland Center in 1867 and spent many summers with his aunts and uncles in Wyoming Valley. Originally enrolled at the University of Wisconsin-Madison for engineering, he dropped out and moved to Chicago, where he would work under Louis Sullivan at the presitgious Adler and Sullivan firm. He branched out on his own to map out a prolific career that continued through his last years, dying April 9, 1959. 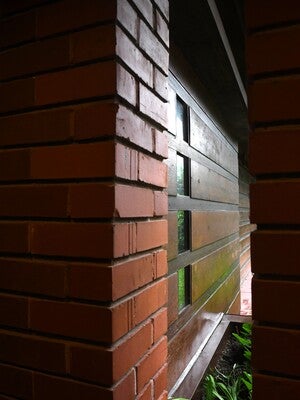 Mortar in the bricks of the Usonian home is raked out to emphasize the horizontal lines of the house. Photo courtesy of Mark Herzberg

Whether the home in Taliesin in Spring Green that served as a sort of laboratory for architectural tests, or the breakaway from European convention that became the "affordable" Usonian structure and popularized open-concept designs, Wright's designs were poetic, artistic and alive, said Sid Robinson, an architect and educator at the School of Architecture at Taliesin.

His designs effectively evolved with the changing landscape.

For example, Wright began to design smaller homes to use space more efficiently. The Usonian designs were an affordable alternative and response to the social and economic climate of the late-1920s and described by some as the most important home design in modern history.

"He was interested in affordable housing and these were more modestly-priced homes, said Mark Hertzberg, a member of the Wright in Wisconsin Board of Directors.

Wright was deliberate about everything inside the homes.

They weren't meant to be a "neutral background," but rather a daily, active participant in the lives of its stewards. There was harmony in the home and a reflection of the land it sat on.

For example, Taliesen's plaster has sand from the Wisconsin River. Stone used in its construction was quarried from down the river, Rodamaker said.

Designs were intense and demanded a response from the inhabitants, onlookers and visitors. Some of the more biting responses to these custom designs may have won over, considering Wright is very nearly absent from architecture schools, Robinson said.

Still, he's got one of the most well-known names in architecture — and the one business executive H.F. Johnson Jr.'s daughter apparently name-dropped before Wright was commissioned to build the SC Johnson Administration Building in Racine in 1936. It's that pioneering penchant for innovation which earned Wright such widespread name recognition that now awards his buildings the same level of prestige.

The listing announced Sunday is a triumph for Wright players who embarked on a years-long undertaking to recognize Wright as a late-blooming emperor of modern architecture, a non-derivative progressive and evader of European architectural influence through the World Heritage listing.

Rodamaker called it a tribute.

"All the good efforts were finally successful," Robinson said. 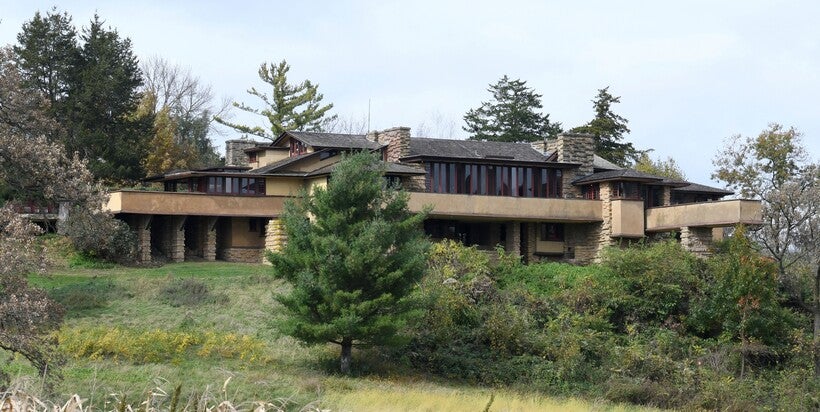 The announcement was made Sunday during UNESCO's annual conference in Baku, Azerbaijan. Wright's entry was one of two cultural sites recently added to UNESCO's World Heritage List. The other site is Le Colline del Prosecco di Conegliano e Valdobbiadene in Italy.

Other Wright buildings in the inscription are Fallingwater in Pennsylvania, the Guggenheim Museum in New York, the Hollyhock House in Los Angeles, the Robie House in Chicago, Taliesin West in Arizona and the Unity Temple in Illinois.

Wright designed 1,114 works, of which 532 were built. At least 67 have been demolished and more are under threat of being razed. But Rodamaker is hopeful the attention brought by international recognition will spur tourism and fundraising by heightening awareness of the importance and contributions of Wright.

"The donors, supporters, people who work here, all Frank Lloyd Wright property owners and enthusiasts, we know that these buildings matter," Rodamaker said, however noting that the general public may not be as aware. "Modern architecture evolved from Frank Lloyd Wright's influence."

This designation marks the 24th World Heritage listing in the United States.

"He's a son of Wisconsin," Rodamaker said. "How proud can we be of that?"