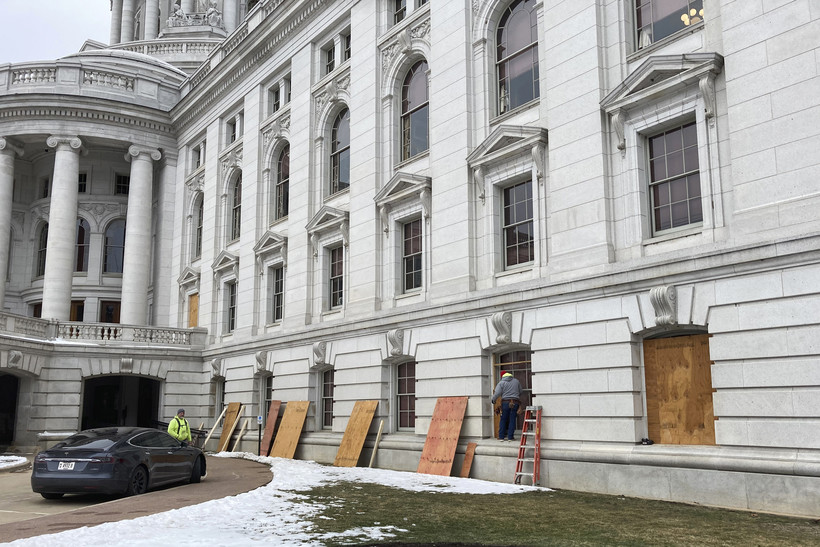 Workers begin boarding up the Wisconsin state Capitol building in Madison on Monday, Jan. 11, 2021. State officials are concerned about the prospects of state-centered violence in the wake of last week's security breaches at the U.S. Capitol. Todd Richmond/AP Photo

Capitol Boarded Up Over Concerns About State-Centered Violence After Mob At US Capitol
By The Associated Press
Share:

A local Republican group in northwestern Wisconsin is refusing to take down an online message urging conservatives to "prepare for war."

The St. Croix County Republican Party's website includes a message that reads "if you want peace, prepare for war."

The county party's chair, John Kraft, told the Milwaukee Journal Sentinel the message went up before right-wing extremists stormed the U.S. Capitol on Wednesday, and he can't help what inferences Democrats draw from it.

Gov. Tony Evers on Monday activated the National Guard to help protect the Wisconsin Capitol against possible threats. Workers begin boarding up the state Capitol building in Madison on Monday. State officials are concerned about the prospects of state-centered violence in the wake of last week's security breaches at the U.S. Capitol.