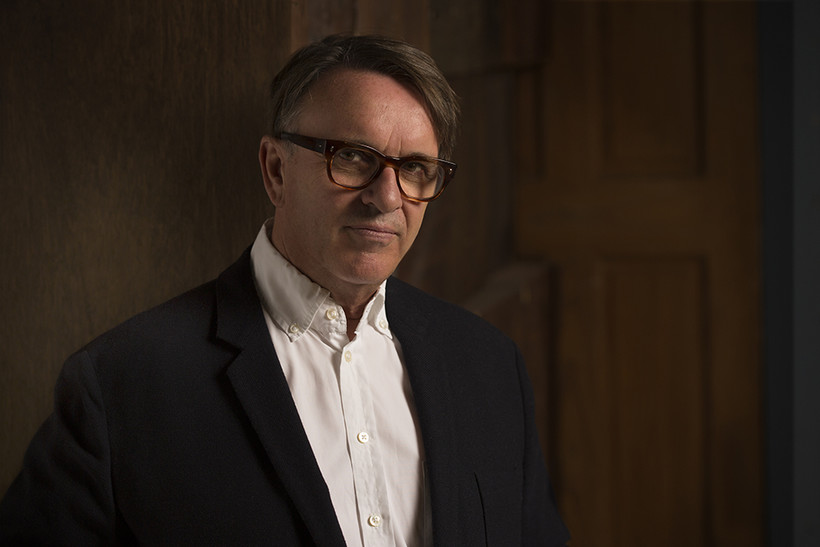 Co-Founder Of The Popular New Wave Band On His Memoir 'Some Fantastic Place'
By Adam Friedrich
Share:

When Chris Difford was a young lad in London, he was so entranced by American music he would pace the Blackheath neighborhood of his childhood home and make up imaginary bandmates and bands that reflected his rotating musical tastes.

"When I look back into my imagination now, I can see myself with long hair flowing around and pretending to be in The Allman Brothers or being one of the musicians in Frank Zappa’s band," Difford told WPR’s "BETA."

Difford — the co-founder and main lyricist of the UK new wave rock band, Squeeze — sifts through these recollections in his memoir "Some Fantastic Place: My Life In and Out of Squeeze." Ironically, Difford’s long hair would come to be somewhat of an anomaly in his neighborhood as he lived in a council estate that was run by a skinhead gang.

"Every time I stepped out of my door, there were like 20, 25 really aggressive kids hanging about," he said.

While Difford would join the pack, he quips that he was never a successful rabble-rouser, instead opting to spend his time with his first love of writing. Years later, Difford would run into an old mate from those days who remembered Difford’s demeanor.

"His recall of me was that I would sit on the wall writing poetry rather than sharpening sticks to punch people with," Difford said.

In April 1973, Difford would make his imaginary band real. He placed an advertisement in a shop window seeking a guitarist to join his then nonexistent band. Three weeks later, one of London’s most popular bands would actually take shape when guitarist and singer Glenn Tilbrook saw the ad.

"Eventually Glenn Tilbrook called and for the last 46 years, we’ve been writing songs together and it’s been quite some journey," Difford said.

Difford said his first impressions of Glenn was that the two complemented each other musically. Tilbrook was smooth and polished on the guitar and had a sweet singing voice.

"It was a good balance for me because I played very rough guitar and had a very rough voice," said Difford.

The pair would make a formidable musical duo with the notably introverted Difford focusing on the lyrics and extroverted Tilbrook creating the music and handling most of the lead vocals. Difford said their working relationship was successful because it maintained a strict discipline of staying in their respective lanes.

Difford would provide Tilbrook with a whole chapter of lyrics and Tilbrook would retreat to create the music.

"It’s very exciting to wait for the songs to come back to be heard," said Difford.

Difford said that same workflow remains today as reflected on their latest album, "The Knowledge."

"We went through that same process after all these years. Suddenly I download six new songs and they’re all amazing. So, things haven’t changed as far as our writing is concerned," he said.

Squeeze surfaced as a major player in the new wave scene in 1979 with the release of their sophomore album, "Cool for Cats," which contained four hit UK singles including the title track, "Up the Junction," "Goodbye Girl," and "Slap and Tickle."

"Goodbye Girl" was probably the track that fully demonstrated the fruitfulness of the Difford/Tilbrook partnership. Influenced by their first American tour, Difford’s lyrics centers the song’s narrative on a con artist. He chalks that up to reading a lot of Damon Runyon at the time.

Musically he said it’s a song you can’t get enough of live, although if you slow it down, the melody resembles the theme song to "The Muppet Show." The song also features their trademarked two-part octave-apart harmony, which Difford said formed out of his own singing limitations.

"I’ve never really been one for harmonies. I’ve never been able to hear the root notes very well and so academically, I suppose you could say it was easier for me to just take the bottom root and stick to it," Difford said. "How I wish I could sing like Crosby, Stills, Nash and Young."

Perhaps Squeeze’s most transcendent song is the 1981 single "Tempted" off their fourth album, "East Side Story." "East Side Story" was produced by Elvis Costello who Difford said is responsible for the lasting legacy of "Tempted."

"I think you have to put that squarely at the feet of Elvis Costello who masterminded the recording of that song and that album," said Difford.

He admits that it is his favorite Squeeze album and perhaps the one he’s the most proud of, lyrically.

"I think you can hear the ambition of a young band going in the same direction and I think that’s a really great thing," he said.

Difford’s memoir, named after Squeeze’s tenth album "Some Fantastic Place" has offered him another outlet to write. He thinks leaving as much of yourself to the world is one of the key benefits to being a writer. In addition to his memoir, Difford has desires to work in yet another format, with his sights set on writing a musical. He’s always looking for the next challenge.

"I’m the sort of person who gets to the some fantastic place and then I look at the horizon and I want to get further toward the horizon," he said.