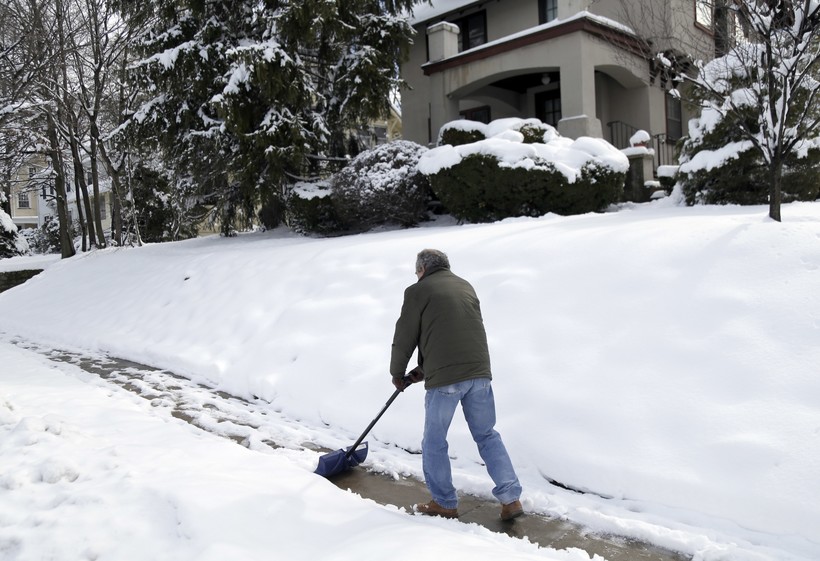 Spring Snow In The Forecast Across Wisconsin

Don’t look to Monday’s sunny skies and summer-like temperatures as a clue for the week’s weather. Cold air, gusty winds and a mix of snow and rain is expected to move into Wisconsin on Wednesday and stick around on Thursday.

Areas around and north of Green Bay could potentially get more than 10 inches of snow, while southern Wisconsin, closer to the Illinois border, will likely see mostly rain. The Great Plains and Upper Midwest, from Nebraska to Minnesota, may see substantial blizzards.

But these predictions can — and likely will — change. Rebecca Rogers, a meteorologist for the National Weather Service at Milwaukee/Sullivan, says the weather system is currently over the Pacific Ocean, making accurate predictions difficult. It should make landfall Monday evening, which should lend meteorologists more accurate data.

"We are confident that there is going to be a significant system moving through and that somewhere in Wisconsin should see significant snowfall," Rogers said. "The biggest question is: Where is the system going to track?"

Her current forecast shows a gradient across the state, with snow accumulation increasing in the north. Southern Wisconsin, around Milwaukee and Madison, may see only a dusting of snow. The center of the state, around Wausau, may see a few inches, and the north — which will likely get the brunt of the storm — will potentially approach blizzard-like conditions.

Rogers said that while relapse from Monday’s summer weather to Wednesday’s winter storm may seem abnormal, it’s not unusual for this time of year. "We’re in that spring-like pattern," she said. "It’s a very chaotic pattern. We’re changing seasons."