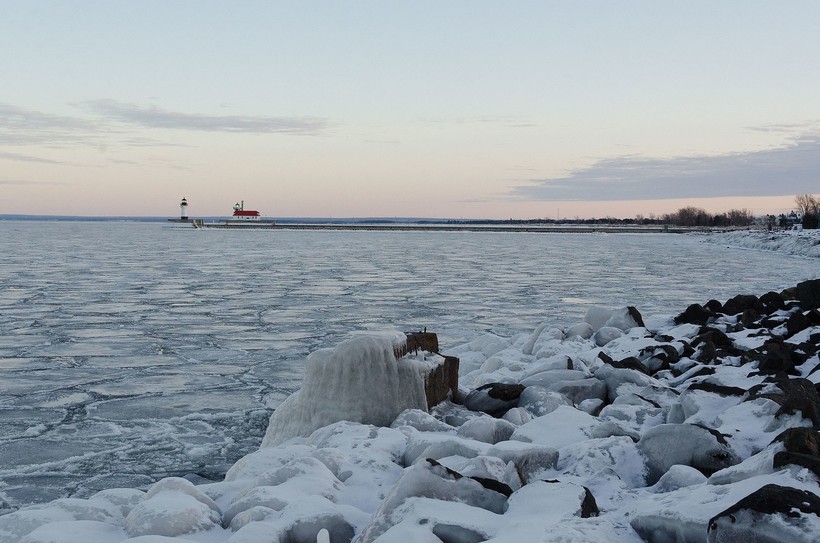 Sport Fishermen Say They Were Left Out Of Negotiations
By Danielle Kaeding
Share:

Some sports anglers on Lake Superior said they aren't happy with how state officials and two tribes reached a newly negotiated Lake Superior Fishing Agreement, saying fishermen were left out of the process.

The Red Cliff and Bad River Bands of Lake Superior Chippewa have been negotiating a new agreement for management of the Lake Superior fishery for four years. The last 10-year agreement expired in 2015, but state officials and tribes have been operating under extensions of the agreement.

Officials with the Wisconsin Department of Natural Resources and tribes said the new agreement preserves and protects the Lake Superior fishery.

But, Scott Bretting, president of the Apostle Islands Sports Fishermen's Association, said they should have been part of state and tribal negotiations.

"It's happened behind closed doors as a secret negotiation and then it rolls out with a handshake or a signed agreement between attorneys representing the DNR and the tribe," said Bretting. "Where were the sportsmen represented?"

The DNR served to represent the interests of state commercial fishers and sports anglers as part of the negotiations. Officials said the new agreement will improve information sharing, monitoring and reporting among all parties.

However, sports anglers are concerned the new agreement puts more pressure on the Lake Superior fishery. Bretting said one of their concerns is a new commercial whitefish season that will be held for three weeks in October.

"That could devastate that fishery in a short period of time, and they have no quotas or any data for what they want to target for amount of take," said Bretting.

Scott Loomans, policy advisor for the Wisconsin DNR, said in an email the new October commercial whitefish season "is being pursued as an experiment and will be continually evaluated and assessed."

"We do not believe the new October season will have negative impacts to the Lake Superior fishery," wrote Loomans.

Loomans added the “vast majority” or roughly 200,000 acres of Lake Superior remain restricted to commercial fishing for the benefit of sports anglers.

Red Cliff Tribal Chairman Rick Peterson said in a prepared statement that the agreement preserves and protects the fishery.

"Protecting our treaty rights and the long-term sustainability of this shared resource is of the utmost priority for Red Cliff and I feel this new agreement achieves those objectives for both today’s and future generations," wrote Peterson. “I'd also like to say thank you to members of all negotiating teams, both former and current, who helped make this agreement possible."

The Natural Resources Board tabled approving an emergency rule in December that would have put the new agreement into practice. Board member Dr. Frederick Prehn requested the DNR gather information on a quota for all affected species, as well as legal questions surrounding the fishing agreement between the tribes and state. The DNR’s negotiations with tribes has been largely confidential.

The Natural Resources Board might convene in closed session on Wednesday to consider potential litigation surrounding the board’s pending approval of an emergency rule on the agreement.

Bretting said his association is also researching the legality of the agreement. When asked if the group would pursue litigation, Bretting said, "There's nothing off the table."