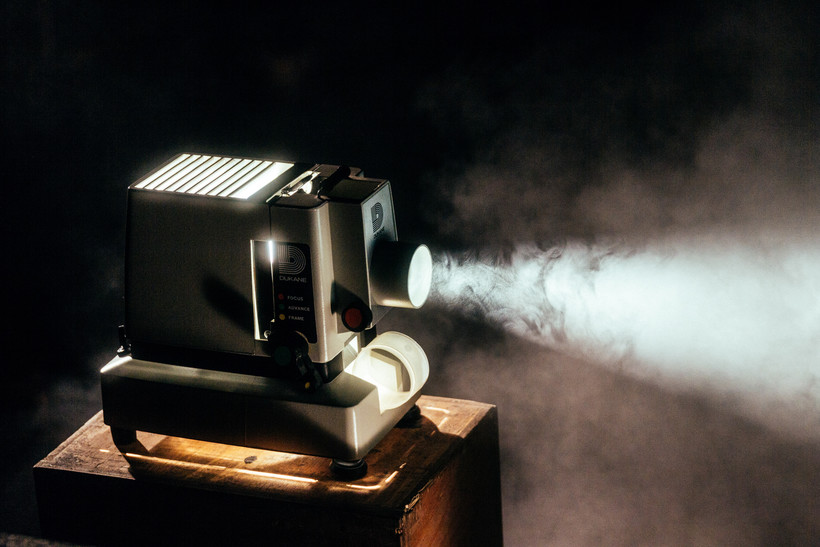 Eliza Smith produces scary radio stories for a living. But one of her deepest, darkest terrors is very, very real.

That's how Smith describes her experience of a dissociative episode brought on by her anxiety disorder. A thought spirals across her mind, speeding her breath and spinning her mind off axis until she can reach for the things in her life that give her balance and control.

"I couldn't get to sleep. I'd hit the pillow and my mind would just go 1,000 mph," Smith said. She didn't understand what was happening to her at the time. She felt lit ablaze with fear in these long nights, lying awake at night in a cold sweat.

Thankfully, Smith has found a variety of coping mechanisms to slow and steady her mind over the years — working out, meditating, petting her cat or holding her husband's hand.

But a novel source of stability emerged early in her life — horror stories.

Horror as a means of self-soothing actually started when she was 6 years old.

"I remember as a kid just having these extreme swells of emotion and not being able to really handle them, and my parents not necessarily knowing what to do with them," she said.

She channeled them into short stories she wrote and shared with her mother.

Here's one of them:

So it's this group of people at this manor house in the middle of the English countryside.

And it's totally dark at night. It's storming. They're having a great time. The fire's roaring. They're warm, they're cozy.

And someone knocks at the door and interrupts their conversation and their laughter.

Everything gets really quiet.

Who could be coming to the door at this time of night?

The host goes to the door and he opens it and there's no one on the porch. The drive is totally empty. There's no carriage there, there's nothing.

And he's about to shut the door and he looks down at the ground and at his feet. There's this small drawstring bag, velvety purple with gold drawstrings. And he picks it up and he opens it. And inside the bag is totally dark—not just dark, but like he's looking into a hole in the ground that goes on forever. It's like he's been locked inside of a bunker. And there's no light and he can't see his hand in front of his face. It's a darkness that has infinite depth.

And as he's staring into this bag, two eyes appear glowing in the darkness. And then a set of glowing, sharp teeth also appears in this bag.

As a producer for the "Snap Judgement" spinoff podcast "Spooked," which shares real life terrifying stories from listeners, Smith can see now that her 6-year-old self could have used a few storytelling pointers. Namely, we need an ending or resolution about what happened with the nightmare teeth bag. But feeling the fear of those eyes glowing in the dark gave her control over some of her racing emotions, control she found ways to channel later in life as well.

When she feels a panic attack coming on, Smith turns to her husband Jacob, who knowingly turns on the TV and asks the voice assistant to bring up any free horror movies it can find. And then they sit together and watch.

Within the context of a horror movie — where a supernatural entity might be attacking a group of teens, or an unsuspecting young family — the unbelievable happenings provide a structure that puts Smith in control of her fears.

"I only watch horror movies that have a supernatural element so that it feels even more controlled because then it can't possibly be real. So basically I go through and I experience these extreme swells of emotion while I'm watching the movie, and they match the feelings of anxiety that I'm having."

Smith recently turned to the remake of Stephen King's "It Chapter 2" to get her through a recent trip to Los Angeles.

Smith and her husband plopped down in their seats at the ArcLight movie theater in Culver City, California, and rode out the waves of disgust and terror together. And at the end, she said she felt ready to take on a hectic family trip.

"It was like going to a yoga class, but 10 times better because I had this sort of endorphin high afterwards," she said.

So why does this work? Smith has probed the subject and believes experiencing fictional horror stands in for the visceral distraction of a panic attack, which her body creates to cover up unwanted thoughts and feelings.

"One of the things that I've learned from my therapist is that anxiety is basically a blanket that you throw over, an emotion that you don't want to have. A panic attack will give me sort of like a huge distraction or numbness that I need to take me away from feeling the actual emotion, like sadness," Smith said. "But my therapist has always told me that the most important thing you can do is to feel a feeling instead of feel the anxiety."

Everyone might use media or stories to feel their feelings a bit differently, but the important thing is that the practice puts Smith back in control of her thoughts.

"It's the sort of safe space where I can feel the fear and keep going," she said.