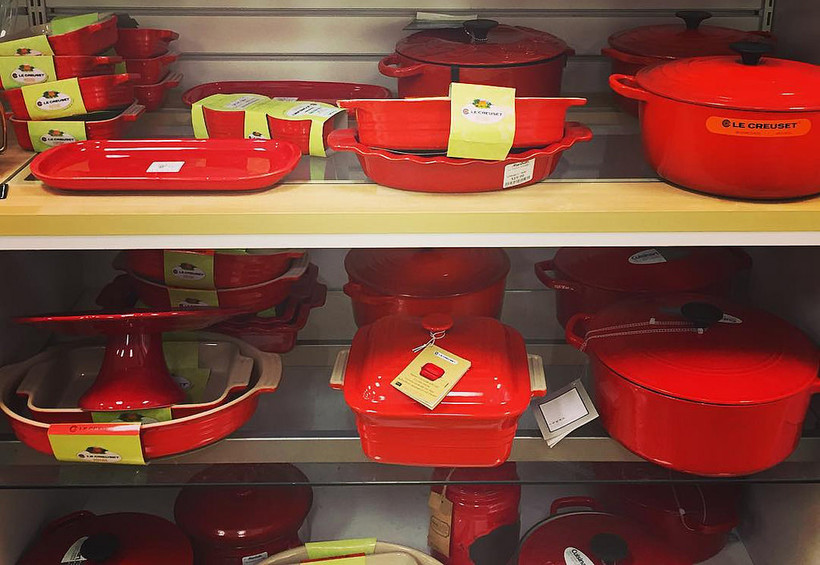 Spend A Little More And Buy For Life, Author Says

Former Advertiser Says Purchases Should Be Tailored And Thoughtful
By Elizabeth Dohms-Harter
Share:

Tara Button had an epiphany over a cooking pot.

The former advertising professional was, in a moment, turned on to the appeal of owning something with a lifetime warranty — in this case, a Le Creuset pot.

"When I was given it, I thought I want everything in my life to be like this, because it’s off my shopping list forever," she said. While that ran against the mantra of her industry to encourage better sales, Button’s mindset was shifted toward spending more on quality products that last longer.

Author of "A Life Less Throwaway: The Lost Art of Buying for Life," Button also is the founder of Buy Me Once, a website that directs people to products that are expected to last.

With cheaper options from clothing to umbrellas, Button said it pays for consumers to consider their own styles and values and invest in more expensive items, even if it means saving more money to escape the endless cycle of buying products that are prone to breaking and replacement.

"If the whole world started to buy in this way, to buy objects that they would love for the long-term and that were built to last, then huge amounts of the world’s problems could be solved in terms of waste and production and the kind of depression that comes with a constant accumulation of products,” she said.

Button’s grandmother had a pair of nylon tights that seemed almost indestructible. And the manufacturers took notice.

"Because (the tights) were so strong, the manufacturers came up with a way of making them more delicate," Button said, so consumers would have to replace the product more often, spending more money over time.

Button asserts that companies choosing to produce products in cheaper ways are keeping people in poverty. She added that her own organization is campaigning for production of more durable and fixable products.

"A person with a small income might be forced to get a cheaper item, which breaks much sooner," she said. "Then they have to buy it again and again and again and end up spending more than the person who could afford to buy the more expensive thing up front.”

Button also is advocating for standardized labels on appliances that show the expected longevity of a product based on normal usage. Right now, she said, consumers can only base their decision to buy something on price, style, functionality and energy efficiency.

But she argues that’s not helpful to consumers who buy products that might look the same year after year but are gutted of quality components internally.

"Appliances now break at double the rate they used to since 2004," she said.

Button slept on her floor for four months until she could afford to buy the bed she wanted.

But the problem, she noted, is that people generally aren’t used to saving and are trapped by impulsiveness, "which is essentially how the world wants us to shop today," she said.

She urges consumers to explore "mindful curation," so that they buy products that fit their own styles and values. Plus, consumers are more likely to take care of something they spent more money on, she said.

For example, she said the average person buys 1.1 umbrellas each year, spending about $10 to $15 on average for each one. Instead, she advised spending about $100 one time on a lifetime guarantee umbrella, which can save the consumer $600 over a lifetime.

"There are significant savings to be made if you can have the patience to save up for a bit longer and buy the thing that’s going to last," she said.

While it might feel like a lot of money, Button said this type of buying requires changing the mindset to waiting and saving or spacing out payments.

What You Can Do

Instead of spending cheaper and replacing more often, Button said there are ways of spending wisely, even for items that seem to wear quickly, such as cell phones or clothes.

Instead of buying a new outfit for events such as a holiday party that might sit in a closet and lose its appeal, Button advises consumers put more thought into their purchases.

"Spend a whole day in the shop and try on all the colors, figure out which colors look best, which shapes are the ones that suit your body best, which textures feel best," she said. "Dig into the style of you. Otherwise, it’s so easy to be swayed by the wind of what’s in the shop at the time."

For items such as smart phones with weakening batteries and clogged memory, Button has some simple advice: complain.

"You need to put pressure on companies to change, because otherwise they’re not going to, if their sales are going up," she said. "And no one’s really raising too much of a fuss then they will just carry on doing exactly what they’re doing."

One alternative is modular phones, such as the one built by Fairphone (which is only available in Europe). These feature individual replaceable components that don’t require replacement of the entire device.

Otherwise, Button said buy phones to last as long as possible by getting the most memory you can afford or get the battery replaced when it begins to wear.

A Life Less Throwaway: The Lost Art of Buying for Life

A Life Less Throwaway: The Lost Art of Buying for Life