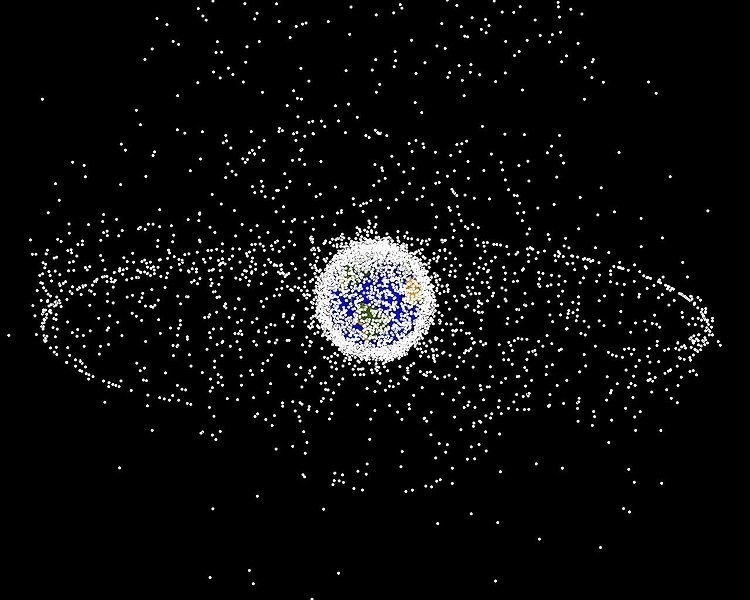 Space Trash: What Is It And Why Is It A Problem?

In the fall of 1962, residents of Manitowoc experienced something rare: a piece of a defunct Soviet satellite came hurtling through Earth’s atmosphere and crashed in the town, cracking the asphalt on North Eighth Street.

Debris from space, or "space junk," falls to Earth fairly regularly, but it usually lands in the ocean or on large swaths of land uninhabited by humans.

But what is space junk?

"Space junk is anything that was designed for use in outer space that does not serve a designated purpose (anymore). So that can range from satellites that have run out of fuel and have ceased functioning to pieces of rockets that sent those satellites up into space, and anything as small as a shed screw or a fleck of paint also counts as space debris," Rand told "The Morning Show" on Tuesday.

Rand is a postdoctoral fellow for the Nelson Institute for Environmental Studies at the University of Wisconsin-Madison. She’s writing a book about space debris, and was once first runner-up for Manitowoc’s annual Ms. Space Debris pageant.

"When I talk to people about space trash, a lot of people think about it when it falls back to Earth ... what if we get hit by a piece of falling junk?" Rand said. "That tends to be the scariest thing that people think about when confronted with the idea of space junk, because that’s when it becomes visible to us. It’s something that we can look at and touch."

Even though there are tens of thousands of pieces of space debris orbiting the Earth, only one person has ever been known to get hit by falling space junk.

A more well-placed worry Rand says is the damage space debris can sauce to satellites.

Space junk "threatens the satellites that you and I use on a daily basis. Satellites provide an information infrastructure; it’s something that’s integrated into a lot of our technological practices. Any of us who use a cellphone, or use the internet, or get money out of ATMs, or consult weather reports or take airplane flights (rely on satellites)," Rand said.

In an attempt to deal with defunct satellites and minimize space trash, astronauts in the 1980s worked to refuel, refurbish and fix satellites instead of sending new ones into the atmosphere.

But even then, it’s difficult to grab satellites, especially in high orbits, Rand said. The unpredictability of space junk and the massive space in which it is spread out makes it not only difficult to handle, but dangerous for in-orbit astronauts.

Solutions currently being considered include moving space junk to "graveyard orbits" that wouldn't affect active satellites and attaching mini-satellites to defunct ones in order to make them less obsolete, Rand said.

"We’ve been talking about space debris from the very first moment that we had access to space. This is something that we’ve been aware of and concerned about since the late '50s and early '60s," Rand said. "It’s not a recent problem."