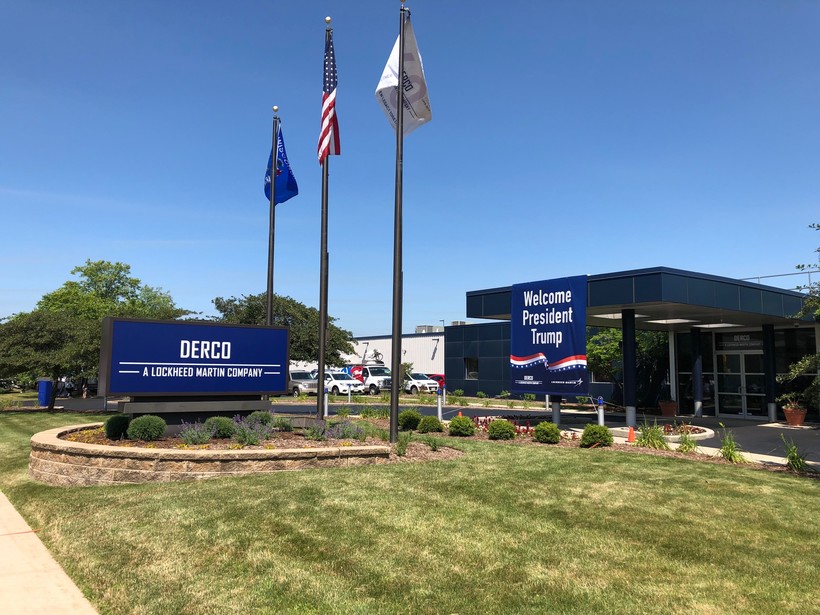 President Donald Trump was in Milwaukee on Friday, July 12, 2019 meeting with employees at Derco Aerospace on the city’s northwest side. Corrinne Hess/WPR

President Donald Trump spent about five hours in Milwaukee on Friday fundraising in Fox Point and speaking to employees at Derco Aerospace on the city’s northwest side.

The event was closed to the public, but about 100 people gathered outside. Most were supporters of the president, who was in Wisconsin from about 11 a.m. to 4 p.m. Friday.

"It’s not every day that he’s this close to where we live in Grafton," Erin Williams said. "I want to give my kids this experience to see the media, we were talking about Secret Service. They’re kind of excited about it."

The kids were excited.

"I can’t believe we’re going to see the president, he’s the most famous guy in the world right now," said Gwen, 9. 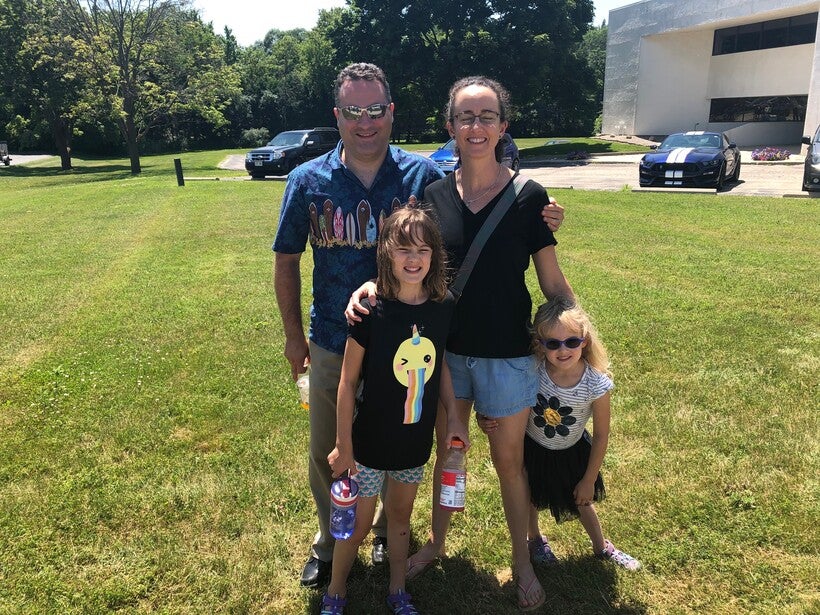 This was Trump’s sixth visit to Wisconsin since being elected president. He was in Green Bay in April.

While at Derco, Trump was expected to be advocating for the passage of the United States–Mexico–Canada Agreement (USMCA). Derco Aerospace is a subsidiary of Lockheed Martin that has been operating in Milwaukee 1979.

Kathy Olson and Scott Fischer, both of Brown Deer, waited for hours outside of Derco Aerospace to catch a glimpse of the president.

"I think he’s the best thing we have going," Olson said. "He’s a person who says what he’s going to do and then he tries his darndest to do it. He finds a solution even if the other party isn’t going to help him."

"He’s having a lot of problems with Congress right now. If they would stop bucking him, he would do a great job," Fisher said. 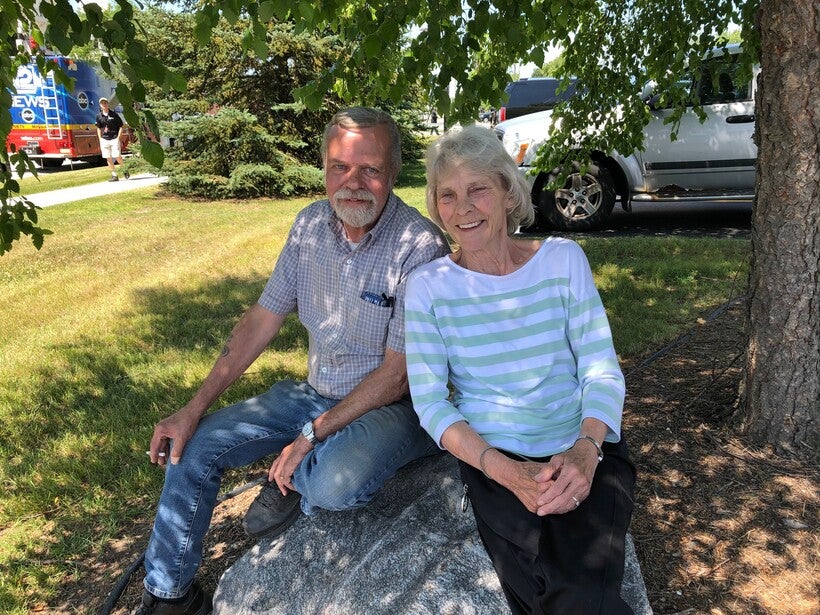 Kathy Olson and Scott Fischer, right to left, both of Brown Deer, waited for several hours outside of Derco Aerospace to see President Donald Trump on Friday, July 12, 2019. Corrinne Hess/WPR

When Trump’s motorcade arrived, most of the group cheered and shouted, "I love you." About a dozen people held up signs supporting the president or red Make America Great Again hats.

One man set up a table to sell Trump clothing and hats.

But not everyone was happy to see him.

Jean Yagobian, of Chandler, Arizona was in Milwaukee for a class reunion. She also used to own the business across the street from Derco Aerospace. She stopped by to visit the new owner and found out the president was going to visit.

She had a sign that said "Hate Has No Home Here" in her car and held it up as his motorcade drove by.

"I don’t approve of his immigration policy so I wanted to be here," she said. "This (sign) was handy to have."