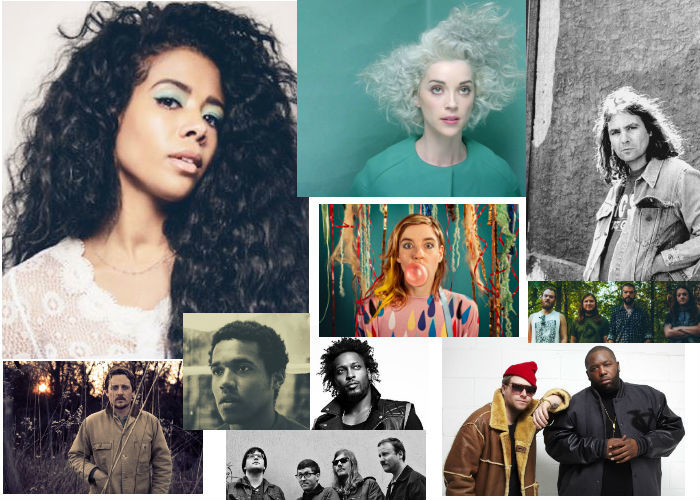 When, during the dying days of December, it comes time to review what happened in pop music during the year that was, it seems inevitable that any list of achievements usually includes far too many records that never registered on the general public’s radar. The questions might be asked: Why didn't we hear more about these albums earlier? And more consistently?

As such, these top album lists are typically rich ground for new discoveries (or alternately proving one’s hipness). They are also a final attempt to acknowledge all that was overlooked in a music world tilted in favor of celebrity culture represented by the likes of Kanye or Nicki Minaj or U2 -- regardless of the real merit of their latest recordings.

The year 2014 saw no sweeping changes in the music industry to right these wrongs. Quite the contrary, in fact. The industry’s evolving economics – switching from buying CDs and vinyl, the slowing of the industry’s one-time savior of music downloading and the rise of music streaming -- make good deeds or good taste a luxury when the bottom line is in flux. Known quantities have always been a safer bet.

So, for those who care only about whether the music is good or not, a list like this is a necessary bit of editorializing to strike a blow against the machine. For other writers, it might be penance for many stories they had to write instead of what they wanted to write about.

Usually, I’d like to write a top 10 list of the best albums to give some context and defend my choices, but as was the case last year, other tasks kept me preoccupied. (I really mean it this time: Next year will be different.)

So, here's a Spotify playlist of my picks for 2014's best records -- in no particular order:

Editor's Note: One of my selections, Ty_Segall’s “Manipulator,” isn't currently available via Spotify.