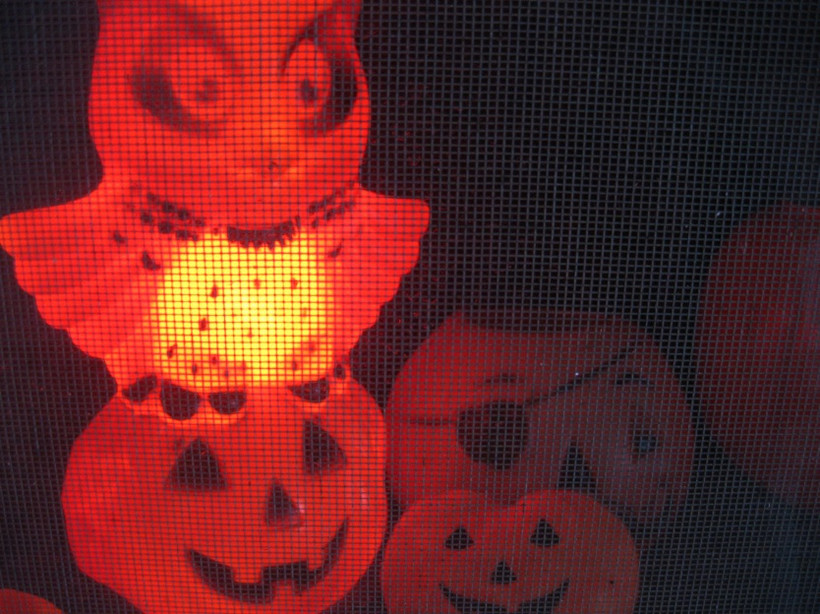 In terms of pure volume of material, music celebrating Halloween and all that goes bump in the night will always be in the shadows when compared to the massive library of Christmas and holiday-themed music available.

But that fact hasn't kept many pop-music performers from trying to use this most spooky of holidays as a source for frightening inspiration.

When planning the soundtrack to a Halloween party, up until the digital age, music fans were confronted only with scary choices. Sure, there were rip-off novelty records chock full of low-rent renditions of Halloween classics. Or, maybe your ghost host committed the stereo to only one black-clad artist, like the Misfits or Bauhaus or Rob Zombie, whose catalog can be counted on for sonic scariness. Still others might have gone the extra mile and made the much-missed mixed tape for the perfect of combination of metallic dirges, supernatural rap singles or country murder ballads.

Now, however, people have nearly unlimited choices and more opportunity to listen to horror-themed music than ever before thanks to streaming services and online video sites like YouTube. The only drawback from this cornucopia of musical bounties is -- perhaps shockingly -- the sheer volume of material.

As a favor for those ghost and ghoul wannabes, here are a few songs that are worth adding to your playlist in time for the costume parties to come.

So, here’s my list — if you’re not too scared to look — in no particular order:

During his all-too-brief career in the 1960s, Otis Redding established a persona as soul music's most dedicated romantic -- a lover man ready to grovel for his beloved or mope with desperation when it all went wrong. But, tantalizingly, Redding's discography offers a few rogue tracks that hint at where else Redding might have gone had he lived a little longer.

"Trick Or Treat" is one of those outliers that suggest Redding might have found a home in the funk circles that flowered only a handful of years after his death.  The song, written by Stax Records' in-house writing team of Isaac Hayes and David Porter, is a Southern funk ditty beautifully powered by backing band Booker T. and the MGs. The punchy rhythm, courtesy of drummer Al Jackson Jr. and bassist Donald "Duck" Dunn, is a taut trampoline for Steve Cropper's muttering guitar riffing and several jabbing horn blasts.

Redding's voice just effortlessly sails above this should-have-been-a hit. And while the lyrics seem like a work-in-progress, the emotions that Redding was reaching for, if not the words, were within his grasp. This song is definitiely a Halloween treat.

Hank Williams "Howlin' At The Moon"

Like Otis Redding, Hank Williams was no stranger to heartache and an expert at milking all those emotions to the benefit of his songwriting and performances. And like Redding, he also knew that he needed to expand beyond writing and singing tearjerkers if he wanted to grow his audience.

With "Howlin' At The Moon," Williams takes a lighter, jokey tact, suggesting how love can turn a man into a lunatic or as pliable as a dog. Or just maybe, this song is about how a werewolf finds love?

Regardless of the song's deeper meaning, Williams gives listeners exactly what they crave more than candy, which is another letter perfect country song.

Overshadowed in the sprawl of Outkast's double album, "Speakerboxxx/The Love Below," "Dracula's Wedding" is at first listen another one of André "André 3000" Benjamin's kooky experiments.

The song is worth another review. The music is a sketch that blends Parliament-Funkadelic strangeness, Stevie Wonder's aquatic funk and '80s New Wave pop. At the center is Benjamin's eerie falsetto, which is the voice of an over-the-top vampiric lothario scared not of sunlight, but of commitment.  In his case, immortality makes a martial union a really long-term deal.

"'Til death, do us part," guest star Kelis deadpans, and her meaning is more warning than loving embrace. This track is really something you can sink your teeth into.

Sexy and spooky, "She's My Witch" is one of those overlooked Halloween gems left to haunt a compilation album in the bargain bin. But, this song deserves better than wallowing in a musical graveyard.

Born in the late 1950s and baring more than a passing resemblance to the work of guitar pioneer Link Wray, one can easily imagine Quentin Tarantino making use of "She's My Witch" in his next scene with a femme fatale.

Although Kip Tyler's career didn't extend much beyond a few other novelty singles, his influence could be heard in many other rockabilly revivalist groups, including punk band the Cramps, who covered another of his songs, "Jungle Hop," in the late '70s.

As is their standard MO, Atlanta's Mastodon take listeners on a dark, mysterious thrill ride with their song, "Halloween."

So many metal bands like to dabble in evil motifs and express negative emotions or disturbing ideas through pure volume and riff power. But, precious few are a little more creative and specialize in taking fans on the kind of disturbing musical journeys that Mastodon is well practiced in.

The song, which appears near the end of their 2014 album, "Once More 'Round the Sun," is a Wagner opera compressed into a 4-minute epic. The music -- thundering guitars, bass and drums -- is a vortex of swirling sounds that suck an audience in and drag them through a blurred vision of a horror movie classic that hasn't yet been committed to celluloid. The lyrics are the kind of bleak poetry only a mad scientist would love: "You will find spirits never rise/Without warning/Feel your fate as you come alive/They're here to take you."

When "Halloween" spits its thoroughly rattled listeners out at the ride's end, there's only one thing left to do: Take the ride again.