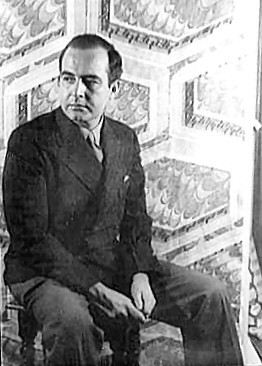 In 1933 the young American composer Samuel Barber had ventured to the island estate of Arturo Toscanini in an effort to meet the famous conductor. The unannounced visit proved worth the risk because Toscanini had not only received Barber and his friend Gian Carlo Menotti, he had expressed an interest in conducting one of Barber's works.

It was a rare honor because Toscanini was known to avoid contemporary music and music by American composers. Barber didn't take Toscanini's interest lightly.  More than three years passed before he produced something he thought worthy of sending to Toscanini. Early in 1938 Barber reported to a friend that he was working day and night to finish an orchestral piece, probably his Essay for Orchestra, which he sent to Toscanini.

With the Essay, Barber also sent a five-part arrangement of the second movement of his String Quartet in B Minor--his Adagio for Strings.  Toscanini returned both scores to Barber without comment.

Barber had planned to visit Toscanini again the following summer, but he was so annoyed by Toscanini's lack of response that he told Menotti pay the visit without him.  After the visit, Menotti related a conversation he had with Toscanini.

To which Toscanini replied, "I don't believe that. He's mad at me. Tell him not to be mad.  I'm not going to play one of his pieces.  I'm going to play both."

The decision was a turning point in Barber's career. And Toscanini's presentation of the two works via broadcast with the NBC Orchestra showed his belief that the two compositions were American works worthy of bringing to the attention of a national audience.  Toscanini proved more than right. Samuel Barber's Essay for Orchestra and Adagio for Strings have been major titles in the repertory ever since