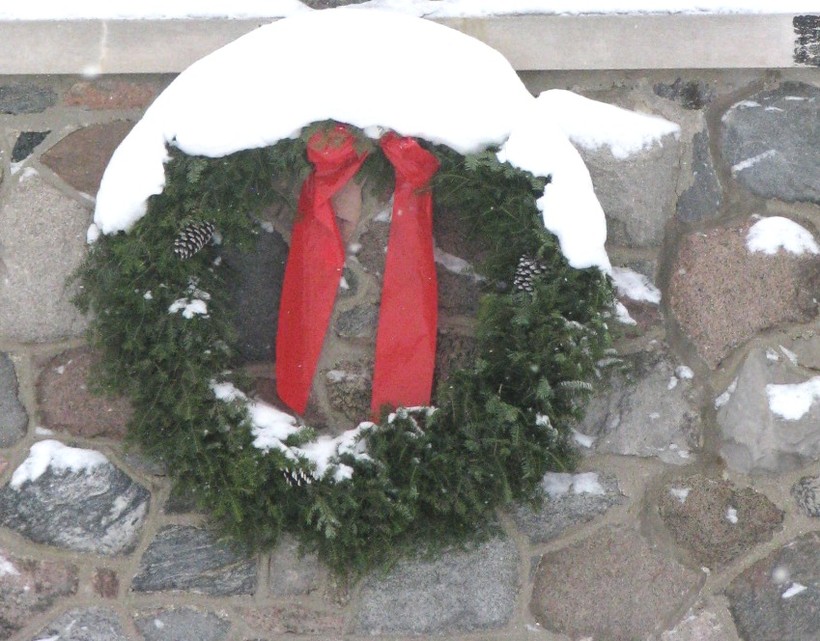 Going to prison isn't all about punishment . It's also about giving back to the community an offender has harmed. Some inmates participating in the Christmas Wreath program at the Oakhill Correctional Institution just outside Madison are doing just that.

For the past ten years the inmate interns who work in the Horticulture Vocational Training program at Oakhill have been making Christmas wreaths for sale and for display at the prison. A few even hang at the Governor's Mansion in Madison. Jason Garlynd teaches Horticulture at the prison.

"This period of time right now is our least busy of the year because the garden shuts down middle of November and then we start seed in January," he says. "There won't be hardly anything for them to do until March."

Except in December to make wreaths to help celebrate the holidays. The proceeds of the wreath sales go to organizations that serve women and children who are survivors of sexual and domestic violence. Garlynd says the nine inmates who make the wreaths welcome the work as a way to participate in a process of restorative justice.

"Through their effort and creativity they're able to to bring some light into a time of the year that can be really dark and bleak for the incarcerated population separated from their own families so the idea of supporting families in crisis especially children during this time of year carries special significance for the men involved in this project," he says.

Garlynd says projects like this and the growing connections between prison gardens and community gardens in the area hold promise many inmates looking for a way to give back before the re-enter society.