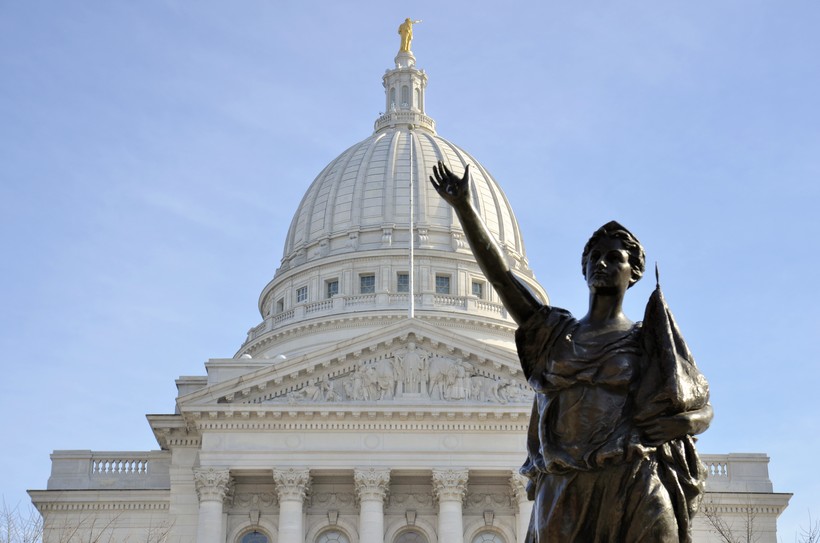 More Than A Dozen Counties Have Put In Place Their Own Orders
By Danielle Kaeding
Share:

Brown, Manitowoc and Kenosha counties are among those rescinding local stay-at-home orders following the Wisconsin Supreme Court's ruling to strike down the state's "Safer at Home" order on Wednesday.

The 4-3 ruling by the state Supreme Court justices immediately invalidated the extension of the state's stay-at-home order by Gov. Tony Evers' administration, which was set to remain in effect through May 26. Republican lawmakers challenged the order because they argued — and a majority of justices affirmed in their decision — that Wisconsin Department of Health Services Secretary Andrea Palm broke the law when issuing the order without lawmakers' approval.

More than a dozen counties and cities, including Brown, Dane and Milwaukee counties, enacted their own orders or restrictions in an effort to slow the spread of COVID-19. But several rescinded their orders Friday after receiving legal interpretations from their corporation counsels — or county attorneys — and the Wisconsin Counties Association (WCA).

"Based on research conducted during the last 24 hours, and on consultations with outside legal counsel, Brown County Corporation Counsel is now of the opinion that the legal basis for the Order is likely not strong enough to withstand legal challenge," said Anna Destree, Brown County public health officer, in a statement.

"The Supreme Court's order caused a great deal of confusion and uncertainty last night that left us and others across the state struggling to determine how to abide by the ruling while continuing to protect the public's safety amid the COVID-19 pandemic," Cardamone wrote. "Tonight, with varying guidance from the Wisconsin Counties Association and more time to review best practices moving forward, together we've determined that we will withdraw our order and instead view 'Safer-at Home' as a series of best practices, rather than requirements."

But others, like Milwaukee Mayor Tom Barrett, said the authority of local governments remains unchanged by the state Supreme Court's ruling.

"We feel very certain that the steps that we are taking at the local level are very much in conformity with public health and in conformity with the law," said Barrett, adding that doesn't mean the city's order won't face a legal challenge.

The WCA stated in an update Thursday that health officers have authority to enforce local health orders under the same law state officials used to extend its "Safer at Home" order.

"As a result, it's unclear whether a local health order would, in the Court’s view, suffer from the same deficiencies that caused the Court to invalidate the 'Safer at Home Order,'" the WCA update stated.

The Wisconsin League of Municipalities also informed members that it's unclear whether a court would interpret that emergency powers granted to communities under state law would allow them to prohibit large gatherings or close businesses in the absence of any county order.

Scott Stenger, lobbyist for the Tavern League of Wisconsin, said they want to work with counties and local governments on any restrictions they put in place. But he also questioned the extent of their power.

"I don't think that they have the authority to close businesses," said Stenger. "The state law has the authority of opening and closing times, and so we're looking at that."

Ryan Nilsestuen, the governor's chief legal counsel, said during a state Department of Health Services (DHS) briefing Thursday that public health officers have "broad authority" under the law. He said the challenge mounted by Republican legislators and the ruling by state Supreme Court justices centered on whether such emergency orders should go through the state's rulemaking process.

"Those same requirements for rulemaking do not apply to local health officers, so there isn't a connection between the Supreme Court's decision (Wednesday) afternoon and what local public health officers are doing," said Nilsestuen.

Anuj Desai, Voss-Bascom Professor of Law at the University of Wisconsin-Madison Law School, agreed that the state Supreme Court's ruling said nothing about the authority of counties and municipalities. He said the Legislature only asked whether Palm had the authority to issue the emergency order extending the state's stay-at-home order.

"It was the only question the court answered, and, obviously, they answered it: 'No, she does not,'" said Desai.

"(The case) didn't resolve some of those broader constitutional issues about whether governmental officials are overstepping their authority and violating due process or any other constitutional rights," said Nolette.

Plaintiffs in another stay-at-home order lawsuit asked the State Supreme Court to still hear their case on Friday in order to resolve ongoing constitutional concerns, arguing that local orders are preventing some residents to engage in their constitutional rights to religious and political assembly.

"(T)hose mini-safer-at-home orders will certainly lead to further litigation, and continuing uncertainty, over the constitutionality of the very restrictions alleged in this Petition," plaintiffs said in the filing.

Attorney General Josh Kaul issued an opinion on Friday that said counties still have the power to issue stay-at-home orders. But, he highlighted that the Court's ruling raised issues with imposing criminal penalties, advising them to limit enforcement.

Nolette said the situation might put some pressure on the Legislature and Evers to work together on a new order to avoid a patchwork of local restrictions.

But Evers said Thursday that Republicans seemed uninterested in a new statewide plan although his administration is taking steps to craft a possible rule. Republican state Senate Majority Leader Scott Fitzgerald said in a tweet Thursday that he, the governor and Republican Assembly Speaker Robin Vos talked about the rulemaking process and "look forward to continuing the dialogue."

Republicans haven't issued their own plan for reopening, but they've supported a plan put forth by Wisconsin Manufacturers and Commerce. That plan would guide precautions and any restrictions businesses take depending on a county's population and prevalence of COVID-19 in the region.

Editor's note: This story was updated on Saturday, May 16, 2020 at 6 a.m. with information regarding a second stay-at-home lawsuit and the Attorney General's opinion on local stay-at-home orders.