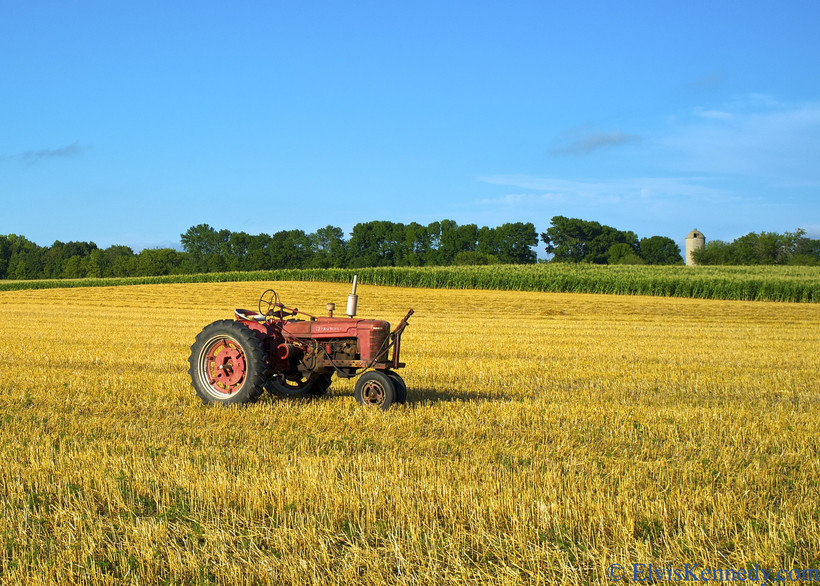 From Soldiers To Farmers In Wisconsin

Bipartisan Bill Would Provide Training, Mentorship To Vets Who Want To Farm
By Colleen Leahy
Share:

A bipartisan bill unanimously passed Tuesday in the state Senate would assist Wisconsin veterans who want to go into agriculture.

The bill would establish a program in the state Department of Agriculture, Trade and Consumer Protection to train and provide mentorship to veterans who want to farm, as well as veterans who are already working in agriculture. It would also create a state-sponsored logotype that veteran farmers could use on their products — like a USDA Organic sticker.

Immediate family members of a veteran who died in service or is missing in action are also eligible for the program.

State Sen. Patrick Testin, R-Stevens Point, and Rep. Evan Goyke, D-Milwaukee, introduced the bill with a bipartisan group of legislators in the spring.

"When you take a look at our population that’s 65 or older, that population’s going to increase over the next two decades by 72 percent, and the average age of our farmer is in their late fifties," Testin told WPR's "Central Time."

Without a guaranteed incoming generation to inherit farming, Testin and Goyke say veterans may be a perfect match to fill that void.

"Studies have shown that the rigorous work that comes along with farming is very therapeutic and helps with things like PTSD," Testin said. "In the West Virginia program, eight veterans went on record and said (that) it actually prevented them from taking their own lives," he said, referring to similar veterans-to-farmers legislation in West Virginia that helped inspire their bill.

Aside from the potential mental health benefits, veterans are likely to already be familiar with much of the technology used in contemporary farming, Testin said.

"There are zero farms in my district," Goyke said. "My district is just over 3,500 acres, which may be smaller than some farms in Sen. Testin’s district. Yet we are farming (in Milwaukee), and this bill encourages both urban farmers and rural farmers. If we’re gonna get creative in talking about who our future farmers are, they’re gonna come from cities as well."

The bill does not include any financial incentives for veterans to participate in the program, although if the program is successful, there may be state funds allocated to it in the future, Goyke said.

"We see this as an opportunity to make sure that we continue a strong ag tradition (in) the state, but more importantly that veterans have an outlet and an avenue to pursue after their service to our country," Testin said.

The state Assembly is expected to vote on the bill next week.