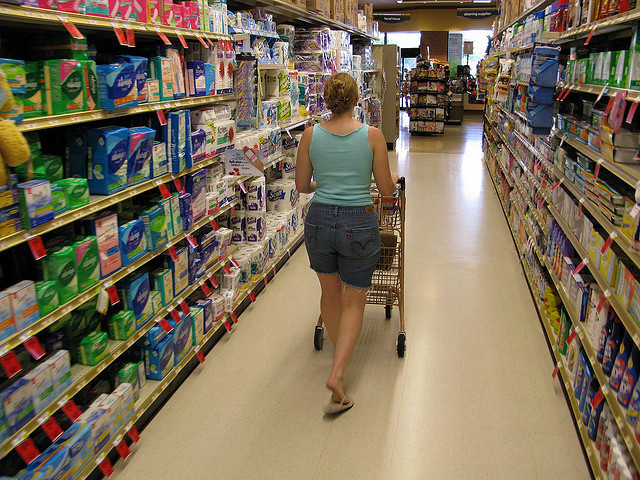 Sociologist: Restricting How People On Welfare Can Spend Benefits Is Counterproductive

Lawmakers around the U.S. need to shift their focus away from restricting how people on public assistance can spend benefits, according to a sociologist at the University of Wisconsin-Madison.

Proposals that would enact such restrictions are currently being considered by lawmakers in Kansas and Missouri. Proponents of the measures say that tax money should not be used for luxury items when it's intended to be used for basic financial assistance.

"I think it’s understandable that people feel like, 'I’m providing resources to you, so I want you to behave in the ways that I think are appropriate,'" said Sarah Halpern-Meekin, an assistant professor of human development and family studies at UW-Madison.

Nevertheless, she said that this type of behavior regulation isn’t helpful in solving the root causes of poverty.

She explained that the way some people treat public aid recipients is similar to the type of behavior modification that parents use with their children who misbehave and need discipline.

"When we direct that sort of paternalism to adults, it’s much more complex. Who are we to say what you should or shouldn’t buy or what that purchase means to you?" she said.

Halpern-Meekin also questioned the rationale behind specific restrictions. For example, a component of Kansas’s proposed law would prohibit people from spending benefits on cruise ships, among other recreational activities.

"There are no cruise ships in Kansas. There’s a restriction in place that says the benefits can’t be spent outside of Kansas, so that would already cover cruise ships," said Halpern-Meekin.

One of the proposed rules in Missouri prohibits the use of benefits on steak and seafood. State Rep. Rick Brattin said that he introduced the bill because he saw people purchasing filet mignon and crab legs with their nutritional assistance benefits.

Halpern-Meekin said that she believes that policy should be written around empirical evidence, not anecdotal evidence.

"I get concerned when our policymaking is driven by anecdotes. There can always be one person who did something one time, or even a couple people who did something a few times. Does that mean that our policy should be based on those stories?" said Halpern-Meekin.

U.S. Rep. Glenn Grothman, R-Fond du Lac, recently said that welfare is one of the biggest problems facing the country and has encouraged people to "keep an eye" on the types of things people on FoodShare buy at the grocery store.

"I think the efforts of someone like Rep. Grothman are focused on maintaining the stigma that is associated with these programs. I don’t think it is an accident that the programs are stigmatized," said Halpern-Meekin. "They’re supposed to be stigmatized, because the idea is that we don’t want people going on these benefits unless they really need to."

She added: "It is a way of regulating through social norms whether people choose to apply for assistance."

This stigma, explained Halpern-Meekin, can have negative psychological and social consequences on public aid recipients.

"People feel those eyes on them. They feel Rep. Grothman’s eyes on them in the grocery store. They feel scrutinized. They feel diminished. They feel socially excluded," she said. "That’s the opposite of what we want to do. We want to make people are socially included and make sure we’re helping people be on the path toward a more secure economic future."

"My concern is more people having jobs and people having economic opportunity. My hope is that people don’t have to rely on these programs," she said. "Just focusing on reforming the programs is not keeping people from needing assistance."