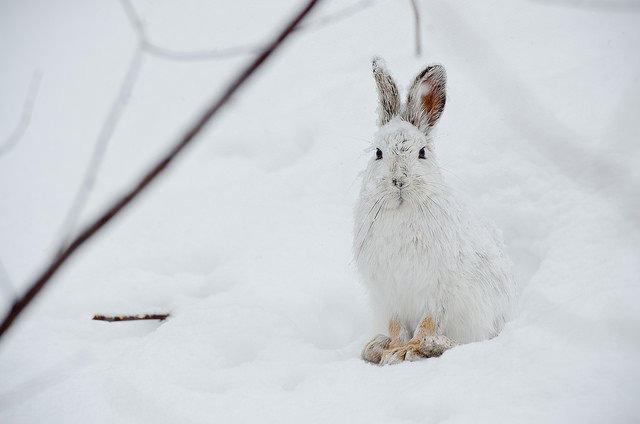 New University of Wisconsin-Madison research shows that the snowshoe hare's habitat in northern Wisconsin is shrinking, in part due to shifts in climate.

Northern winters have become less severe as the climate gradually warms. The UW-Madison research suggests that the reduction in snow cover is pushing the hare's geographic range nearly six miles north every decade.

Researcher Ben Zuckerberg said they couldn't find snowshoe hares in nearly 80 percent of the areas they were once found. "We hypothesized that we would go out and find fewer of those locations being occupied by snowshoe hare, but I don't think we expected to find so few that were occupied," he said.

Zuckerberg said in addition to warming winters, the loss of forest habitat is pushing the snowshoe hares northward.

Jon Pauli, another researcher involved with the study, suspects the range of other prey animals will also move northward.

For raptors and coyotes, snowshoe hares make an easy meal. In the summer, the big-footed animals look like brown rabbits, while in the winter, their fur turns white so they can hide in the snow.