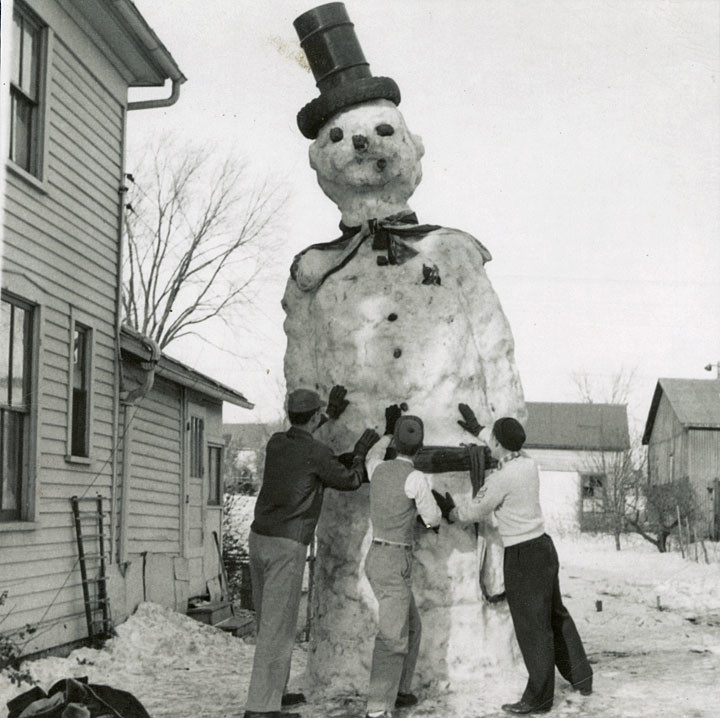 The State of Wisconsin Collection

Southern Wisconsin got its first significant snow fall recently, which of course signals the all-important start of snowman season.

We don’t know who built the first snowman. The earliest known depiction of a snowman comes from 1380 in an illuminated manuscript of the "Book of Hours." It’s a bit of an ominous image. Snowmen in the past often depicted specific people and were meant as political statements. They were also distractions from the long, cold winters.

In 1988, students and faculty at Marquette University broke the world record for the tallest snowman, constructing a figure topping 52 feet. The Marquette Tribune reported the snowman weighed 1.4 million pounds and took a month to construct. The construction was led by the college engineers, who put their skills to work in service of the world record. The record was shattered in 2008 by the town of Bethel, Maine, with a snowman that was 122 feet tall.

Not all snowmen are stationary. In recent years, a woman in Allouez has walked her dog dressed as an abominable snowman.