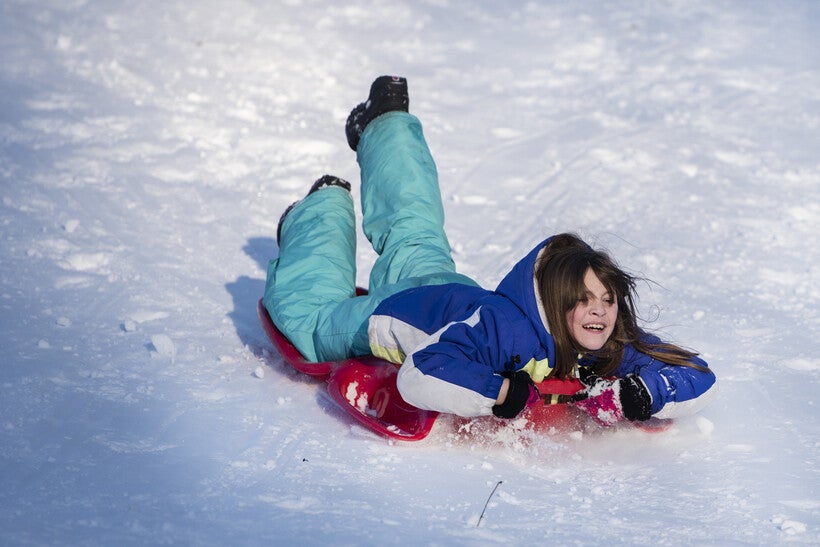 Snow place like home: Wisconsin braces for its first winter storm of the season

Parts of the state could see nearly a foot of snowfall Friday to Saturday
By Diane Bezucha
Updated:
Thursday, December 9, 2021, 3:40pm
Share:

Wisconsin might be a winter wonderland this weekend as the state is expecting its first major snowstorm of the season.

A storm system moving from the western part of the state around La Crosse toward the northeast could dump as much as 8 to 11 inches of snow along its path.

"Current timing looks like it would start moving into the western sections of the state Friday afternoon and then spread over the northern half of the state as we go through Friday evening and Friday night," said Stu Ireland, a meteorologist with the National Weather Service in La Crosse.

He said the southwestern part of Wisconsin can expect a lighter snowfall, transitioning to rain as you move eastward in the southern third of the state.

The heaviest snowfall is expected along the northern edge of the storm track, where some locations could see an accumulation of 1 to 2 inches per hour Friday afternoon and evening.

"Those amounts can sometimes quickly overwhelm the roads, so that would lead to some hazardous to dangerous driving conditions out there," said Ireland.

While snow plow crews will likely be out, Ireland cautioned against driving during the storm.

"If possible, change your travel plans. Leave earlier or delay those travel plans maybe by a day into Saturday when the road crews will have a chance to get out and get things cleaned up," said Ireland.

If you must travel, Ireland recommends packing a winter survival kit— things like a hat and gloves, socks and boots, a warm jacket, blankets, bottled water, a flashlight and an ice scraper. He also suggested letting people know your route and making sure you have a cell phone charger with you.

While the heavy snow may pose hazards for drivers, it is welcome news for many of the state’s ski resorts, especially after last year’s mild winter.

Last year, Wausau’s Granite Peak Ski Area only had one snowfall that reached 8 inches and it didn’t come until the end of February. But this year, they have already gotten 8 inches of snow over the past week alone. And General Manager Greg Fisher is looking forward to more.

"It’s a little winter wonderland up here in the Wausau region and looks like we’re bullseye for this next system that’s coming in. And we’ve got some forecasters saying anywhere between 8 to 14 inches of snow could fall on us so that’s really exciting," said Fisher.

While they opened Thanksgiving weekend with limited runs, Friday will be the first day they are open seven days a week, with 31 trails.

"Our groomers will go out overnight and then the snow will continue to pile up so it kind of makes for this nice half groomed, half powder situation and kind of gives everybody an opportunity to ski on what they want," Fisher said.

And all the fresh powder means they could even open some trails naturally, which Fisher said is rare for Granite Peak and Wisconsin as a whole.

"Most ski resorts in the Midwest rely 100 percent on snow making to open their trails, but we could see upwards of a foot-and-a-half of snow over the course of seven days, so that could definitely help us get there," said Fisher.

The heavy precipitation may be a welcome change after a drier than average summer and fall, and it’s a trend that is likely to continue through the winter. Experts predict a Wisconsin winter with higher than average temperatures and above average precipitation, though mostly in the form of rain.

This weekend’s storm comes after an incredibly mild winter last year. According to records from the National Oceanic and Atmospheric Administration, there was no snowfall in the state from Dec. 9 to Dec. 11 last year.

But Ireland said we’re not quite at record-setting levels. Record snowfall for the La Crosse area on Dec. 10 is 7 inches and for Dec. 11 is 13 inches. If all of Friday's snow comes before midnight, Ireland said we might stand a chance of setting a new record for Dec. 10. But it’s more likely the storm will straddle Friday and Saturday and not make the record books.