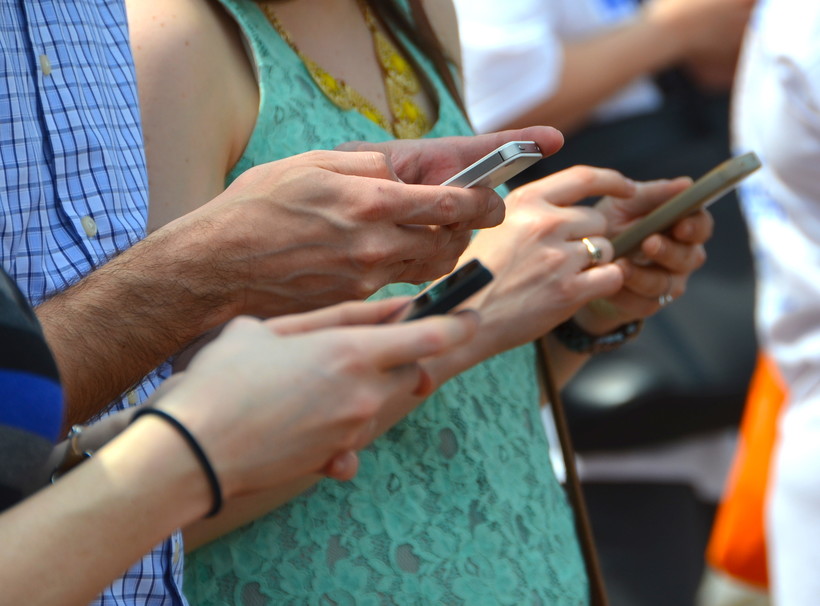 Is The Smartphone The Future Of Therapy?

"One of the big advantages of technology is it can reach out and get people in those states when they might need help and really avoid many of the barriers that many traditional treatments will face," said David Bakker, a clinical psychology doctoral candidate at Monash University in Melbourne, Australia. "Actually going and talking to your doctor about some of those issues is really quite scary."

Internet therapy in itself isn’t new — Bakker said psychologists have found success in computer-based cognitive behavior and acceptance and commitment therapy — but people tend to use their phones more frequently throughout the day.

That frequency, some psychologists believe, could be a valuable data mine, and a way to treat people from afar.

"A lot of people have it pretty much on their body all the time," said David Dobbs, a science and culture writer who recently wrote about the issue for The Atlantic. "Things like how often you respond to texts or emails or phone calls from your friends, how often you reach out to them, how long your responses are, the kind of language you use in your response, all these things can be indicators."

The idea, Dobbs said, is that a mobile phone user could opt into a system that tracks their phone behaviors. Those behaviors could serve as a warning sign that an individual may need additional help.

It also solves an issue that psychiatry has grappled with for years: lack of measurable fields.

"In Diabetes we look at sugar, in infectious diseases we track somebody’s body temperature," said Tom Insel, former Director of the National Institute of Mental Health and founder of mental health startup Mindstrong Health. "In psychiatry, it’s behavior. And we aren’t collecting behavior in a way that’s objective or continuous or even very comprehensive. And the phone gives us an opportunity to do that."

Physically seeing a therapist once a week can be helpful, but it’s not a passive measurement. Looking at the way people type and who they communicate with on a real-time basis has the potential of being more accurate, Insel said.

Science writer Dobbs said people have reason to be skeptical. The data may be more accurate, but can talking it out through phone therapy really be more effective than seeing someone face-to-face?

Insel says it doesn’t have to do everything to be life-saving.

"It’s worth remembering that when we’re talking about mental illnesses, these aren’t really first-world problems, or at least not exclusively," Insel said. "For the first time we have a technology that has a global reach and would allow us to provide resources to the developing world as easily as the developed world. That’s pretty exciting."