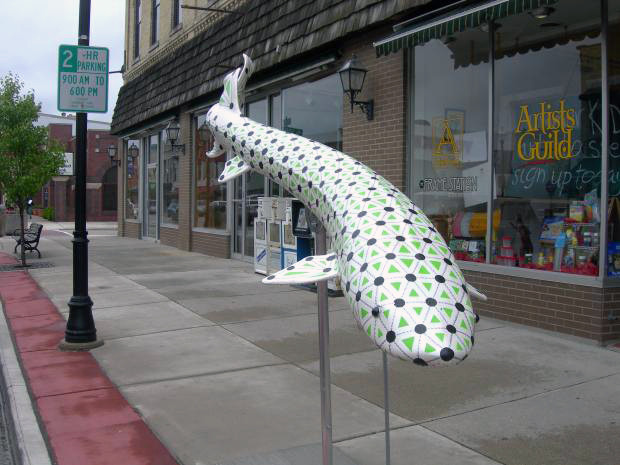 ​The arts are playing an increasingly important role in stimulating the local economies of small towns and rural communities throughout Wisconsin.

Arts Wisconsin Executive Director Anne Katz said while the arts have always been important to Wisconsin’s progressive traditions, communities are now learning to rely on them to generate business.

"Now that we are in a new economy and not a recession anymore, the whole issue of creativity, innovation, entrepreneurship, imagination, all of those attributes are important to the economy and civic life," Katz said. "And that's where the arts come in."

Katz said one-company towns across the state are shedding their shriveled-up industries and reinventing themselves with art to attract new revenue streams through tourism and welcoming new residents.

"So now that we're in a new creative economy, the whole idea of looking at the assets that a community has and making some money off of them, branding your community, helping all people in that community have a good quality of life — that's really moving forward," she said.

Katz said that many rural community art projects have popped up across the state. Perhaps most notably, she said, there has been an "explosion" of art centers and initiatives in the Northwoods, including the Campanile Center in Minocqua, the Three Lakes Center for the Arts, the Land O’ Lakes Artisans and Artistree Gallery and the Warehouse Four Seasons Center for the Arts in Eagle River.

In addition, there are abundant other art initiatives, festivals, tours and theater companies throughout the state, Katz said.

"Wisconsin is full of creative people, beautiful landscapes, interesting history, lots of old buildings that can be repurposed," she said. "And in rural areas where they’re looking to keep people in their communities and have people visit, all of those assets have become really important."

While she’s excited by the arts boom, Katz said she recognizes that obtaining community input and creating truly inclusive creative programs can be a slow process. There’s no quick magic to bring jobs and vitality to a community. However, she said many towns are now reaping the benefits of that long process as others are just embarking now.