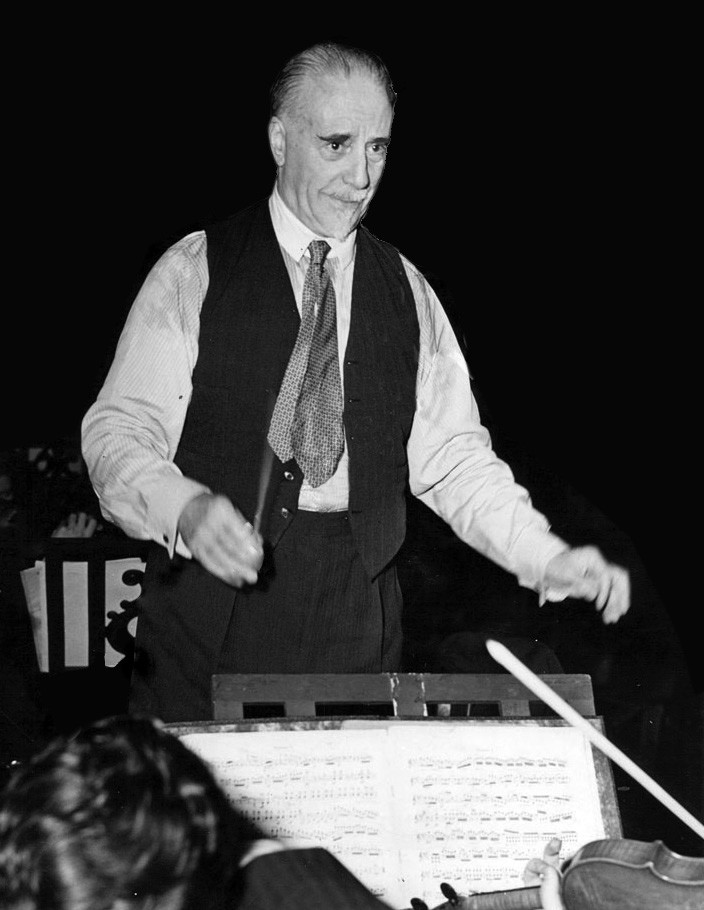 Music making is a congenial form of art, but Sir Thomas Beecham discovered that sometimes the congeniality needs a little lubrication.

During a tour of Australia the English conductor was relaxing in his hotel room, playing the piano and applying his less-than-sonorous voice to some of Wagner's forging songs.  At about midnight there was a rapping on the wall.   [Sir Thomas got up, opened the door to his sitting room and peered into the darkness.  Seeing no one there, he went to the room next door and knocked.]

"Shut that bloody row at this time of night," his Australian neighbor said.  "How do you expect anybody to go to sleep?"

Sir Thomas replied, "I don't expect it.  This is not the time for sleep."  He went on to inform the Australian that to go to bed after midnight was to go to bed at a reasonable hour.

The Australian was not convinced.  "How do you expect a fellow to get any sleep in all that hell row?  I've got to get up early and do a day's work."

Sir Thomas remained cheerful.  "My dear fellow, I have to get up early and conduct the Brisbane Orchestra at a rehearsal, which is worse.  Come, come, and rouse ye.  Thou art a scholar; let us therefore eat and drink."

Perhaps he was too incredible to be resisted, the urbane and persistent Englishman lingering at the businessman's hotel door at midnight.  Whatever it was, something brought the groggy Australian into Beecham's suite.  He sat there in his pajamas, taking in whatever entertainment Sir Thomas dished up, drinking champagne until, dead to the world, he was carried back to his room by Sir Thomas.

The next day the Australian checked out of the hotel.  But not before leaving Sir Thomas a note declaring that he had never enjoyed himself so much in his life and lamenting that he had passed out so quickly.  Showing the note to a friend, Sir Thomas remarked, "The Australian is a heavy, but not a strong drinker.