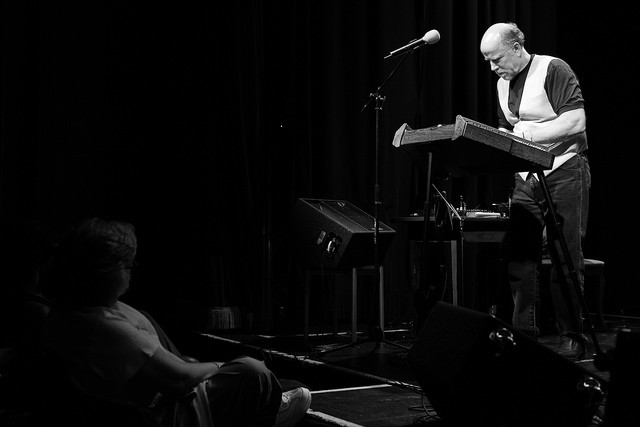 The songs on John McCutcheon’s CD, "Trolling for Dreams," reach out a hand like a dancer looking for a waltz partner. McCutcheon's 38th recording, released earlier this year, shows his excellent musicianship through the album’s songwriting, mix of style and performance. But the search for connections between people and generations, particularly with those who are in the latter part of life, are what strike me the most.

The album’s first song, "Gone," finds an older man cut adrift after his breakfast place closes, and he’s not sure where to go to find his friends or to hear the latest town news.

Like a faded old photo or forgotten song,
you thought you’d remember your whole life long.
There’s no one or no place you feel you belong.
You were just here, now you’re gone.

In songs like "Gone" or "The Bible," all of us don’t age gracefully, either by force or by choice. But wisdom is still to be found in our elders, and McCutcheon honors two of them.

He dedicates "She Is" to storyteller Kathryn Tucker Windham who passed away in 2011 at the age of 93. And "Sharecropper’s Son" honors McCutcheon's mentor, Beachard Smith, a fiddler and sharecropper.

That generational reach goes in both directions, as McCutcheon shows in "This is not a Song." Written for his son’s wedding, McCutcheon sings not about the young couple’s love for each other, but rather the community’s love for them:

The power of folk music is found partly in its ability to convey beauty and respect for people through their stories. "Waltz 'Round the Kitchen," shows that beauty through the story of two people who know the joy of having loved each other for many years.

McCutcheon even sings of his own struggles and mortality in "This Ain’t Me." Written about his cancer diagnosis and treatment in 2016, he concludes with:

I remember young Pandora, at the end of her rope.
She looked into the bottom of the box and the last thing left was "hope."

Growing old isn’t always graceful, but as "Trolling for Dreams" shows, it can be filled with connections, beauty and hope … and music.