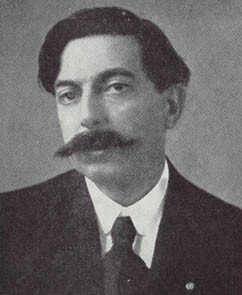 A Simple Twist of Fate

In 1916 Spanish composer Enrique Granados was in New York for the world premiere of his opera Goyescas. The opera ends with a tragic duel in which the protagonist dies in the arms of his beloved. By a simple twist of fate, Granados would soon experience a real-life tragedy every bit as poignant.

The piano suite Goyescas consisted of two books of three pieces each, representing eighteenth- century Madrid as evoked in the paintings of Francisco Goya. When Granados played it in Barcelona in 1911 it caused a sensation, and three years later, after a Paris performance, Granados was encouraged to adapt parts of Goyescas for the Paris Opéra.

Then World War I broke out and Granados retrieved Goyescas from the Paris Opéra and offered it to the New York Metropolitan Opera, where it had its debut in January 1916. Although one account suggests that Granados was less than pleased with the performance, the opera was a hit with audiences, and the composer wrote to a friend, “I have a world of ideas....I am only now starting my work.”

He planned to take a boat directly back to Spain, but President Woodrow Wilson requested a White House recital, causing Granados and his wife to delay their departure for a week and to return via England. In Liverpool they boarded the Sussex bound for Dieppe, and when the ship was in the middle of the English Channel a German U-boat torpedoed it.

According to one account, Granados sank to the bottom because he was weighed down by a money belt full of gold from his American performances. But the prevailing story has it that the composer had already been picked up by a lifeboat when he saw his wife struggling in the water, dove in to save her, and perished with her.